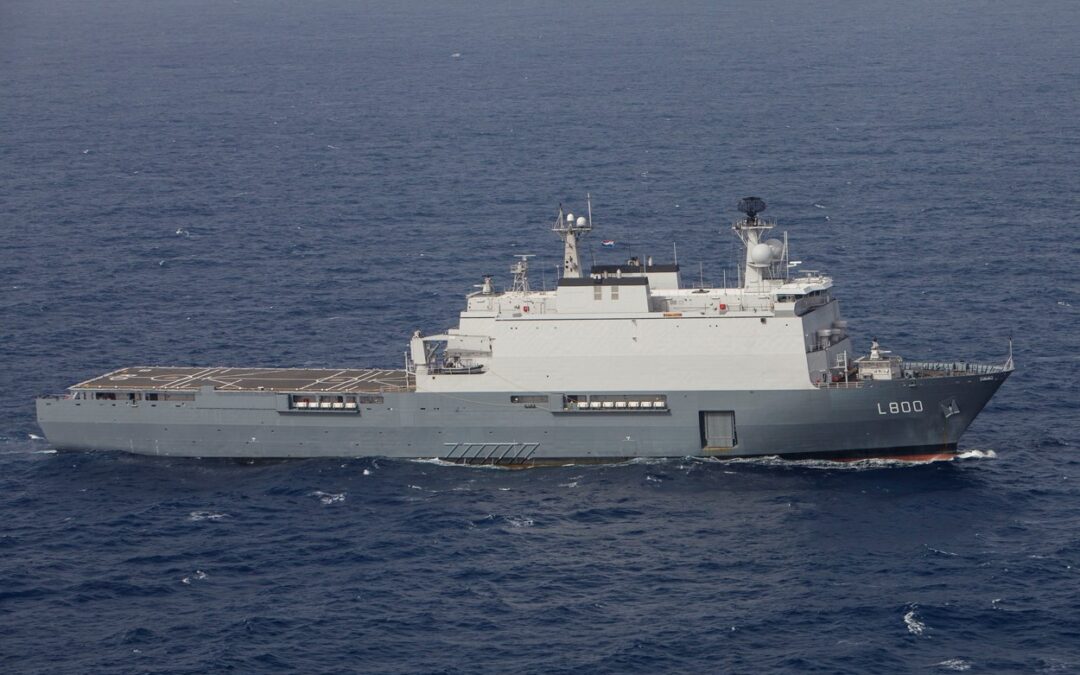 The Netherlands has been put in command of a NATO naval group for the rest of the year. It concerns the Standing NATO Maritime Group 1. The Netherlands took over the command from Canada and its Landing Platform Dock HNLMS Rotterdam will act as flagship.

The Standing NATO Maritime Group 1 (SNMG1) is commanded by the NATO Maritime Headquarters in the United Kingdom. Commander Ad van de Sande is in charge of the affiliated ships. His staff includes officers from Denmark, Great Britain and Romania, in addition to the Dutch members. The Rotterdam left Amsterdam for sea on Monday 10 January.

‘This command is an honour for me personally and for the Royal Netherlands Navy,’ Van de Sande said at the handover. ‘Together with our allies we are stronger. My staff and I will work hard to guide the participants in the fleet in the tasks and operations we will be carrying out. My priorities are being visible at sea, being ready for deployment and the welfare of the crew.’

The force will be reinforced by ships from Denmark and Germany, among others. Together, they are committed to safety at and from sea 24/7. In addition, large exercises are planned, for instance off the coast of Norway.

SNMG1 is one of the four Standing Naval Forces of NATO. The fleet mainly operates in and around Europe and the northern part of the Atlantic Ocean. The participating naval ships practice with each other, make joint port visits and are quickly deployable in crisis situations.