A Wave of Investments in Energy Awaits Project Cargo Market 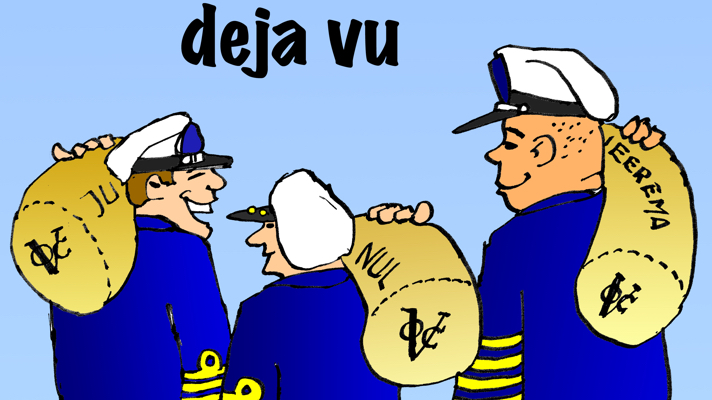 The heydays of breakbulk ordering will stay a distant memory, Dynamar says in its latest report (“Breakbulk V”). Drewry also downgraded its latest outlook for multi-purpose shipping. Yet, on the longer term, prospects for breakbulk and project cargo vessels are not all that negative.

RollDock’s Executive Director Rik Hofsté is expecting a market upturn for his highly specialised fleet of dockships. He sees a lot of projects in the oil and gas-industry that will be realised in the coming years. Janet Nodar, Senior Editor breakbulk and heavy lift for the Journal of Commerce (JOC.com), also has a ‘fairly healthy’ outlook for the project cargo market. She sees quite a lot of investments in oil and gas projects, but especially a massive wave of projects in renewables in South-East Asia. The contracts recently awarded to Jumbo Shipping, Jan De Nul and Heerema Marine Contractors for the realisation of offshore wind parks in Taiwan (one for Jumbo, one for Jan De Nul and another one for Heerema) and off the coast of Massachusetts (Heerema) could be a forerunner of many more projects.

For the time being, Drewry – the renowned agency for maritime research and consulting services from London – is still a bit cautious. In April, Drewry still expected a growth of 3.8 per cent for 2019 and 1.4 per cent for next year for the multi-purpose and heavy lift shipping sector, which includes both the breakbulk and project cargo vessel types. Recently, Drewry has downgraded its outlook in light of weaker projected global economic growth, greater competition from dry bulk and container sectors, as well as ship breaking slowing. Due to a very poor first half of the year, Drewry now expects an average growth of just two per cent, which is of course still growth.

Not Fit for Containers

Project cargo is a kind of breakbulk about which Dynamar publishes reports. The in Alkmaar, the Netherlands, based agency, established in 1981, provides transport and shipping information and consultancy services for the marine, energy and financial sectors. According to its “Breakbulk V (2019) – Operators, Fleets, Markets” report, published on 24 July, breakbulk is a broad term used to describe any dry cargo that does not fit into the standardised form of the rectangular box of the container.

Although there are striking examples of remarkable heavy load and semi-submersible vessels that can carry incredibly vast and heavy cargoes – think of the former Dockwise and now Boskalis owned fleet of the Giants, Marlins and Vanguard – according to Dynamar this segment actually represents only a small portion of breakbulk cargo operations. Breakbulk cargo can vary from industrial components, plant machinery, cranes, wind turbines, forest products, aluminium rolls, iron and steel and agribulks to minerals, to name just a few. Dynamar’s publication identifies eleven breakbulk cargo categories, defines the main trading areas and lists the commodities generated within these.

As opposed to the container line industry, the operating model of many breakbulk shipping companies remains that of traditional tramping, carried out on a global scale. Dynamar emphasises that the era of decrepit, rusty, sea-beaten vessels operating in regions forgotten by the rest of the world is long gone. Today, the fleet comprises of largely modern, sophisticated and highly versatile vessels that are fit for purpose, able to perform a variety of functions all the while being operated by established, highly experienced and professional carriers.

According to the definitions of Dynamar, the current multi-purpose fleet consists of 4700 ships overall with a deadweight of 63 million tonnes. The agency broadly splits the fleet into two categories: those with ramps (roll-on/roll-off/ro-ro) and those without. The order book, at 237 units or just five per cent of the operating fleet, is considered modest. It includes all vessels delivered, or due for delivery in 2019.

Following the mid-2000s breakbulk heydays, there was a peak in newbuild multi-purpose ships between 2007 and 2012, when annually more than 200 ships were delivered. Such levels had not been seen since 1985. This led to considerable overcapacity and a drop in freight rates. Since 2015, newbuilding has fallen back again to below a hundred units per year and in 2018 only 66 new units hit the waters.

The undisputed number one by aggregate heavy lift capability of its fleet currently is BBC Chartering from the North-German town of Leer, which is a rather small town, but has, after Hamburg, most German ships registered. The runner-up is Zeamarine of Hamburg, followed by Amsterdam-based Spliethoff (3), Cosco Shipping Specialised Carriers of Guangzhou/South China (4) and China/Polish Chipolbrok (5). Wagenborg is ranked eighth in the list of biggest breakbulk operators by deadweight capacity.

However, by average heavy lift capability (irrespective of deadweight), it is Hyundai Merchant Marine (HMM) with just four vessels, heading this ranking with an average of 640 tonnes. Here, Chipolbrok comes second with 570 tonnes and Singapore’s AAL third with 470 tonnes. Numbers four and five are Zeamarine (395 tonnes) and BBC Chartering (380 tonnes). The highest deadweight capacity does not necessarily equal a high heavy lift capability. The two Open Hatch Gantry Crane (OHGC) operators with the largest fleets in terms of deadweight have limited onboard crane capacities. Hence the mid-range heavy lift capability rankings of G2 Ocean (thirteen) and Saga Welco (sixteen) in this category.

Some fifty years ago, ro-ro was embraced as a suitable alternative for intra-European shortsea trades. Indeed, each ro-ro ship is a seaworthy vessel and therewith capable to operate in deepsea and shortsea trades. Investment in ro-ro newbuilds peaked in the late 1970s when it was found to be the ideal ship for the deepsea Europe-Middle East and West Africa markets, amongst others, which were then going through an infrastructure development boom. Port facilities there were then (very) limited, with congestion running into weeks, if not much longer, for general cargo ships.

However, the conventional deepsea ro-ro solution is facing a developing world, one that is covered with harbour cranes of all types and sizes. Hence, the ramp generally no longer compensates for the lack of shore cranes. Instead, it has become a valuable add-on, a speciality to allow (what is basically) a multi-purpose ship to carry cargoes that would not be suitable for handling by onboard or quay cranes. This will ultimately impact vessel design and Dynamar expects that the nongeared PCTC (Pure Car and Truck Carrier) will eventually take over from the “classic” conventional ro-ro ship. WWO’s Mark IV and V ro-ro vessels, each with the look of a PCTC, are an example of this development.

The heavy load specialists focus on extremely heavy or bulky cargoes that require unique equipment to handle. It is the semi-submersible vessel that carries the largest, heaviest and most imaginative loads, often weighing tens of thousands of tonnes and perhaps not necessarily designed with the intention of transportation by way of a ship. High entry barriers mean that the top fifteen heavy load specialists operate a very substantial share of the world fleet of geared heavy load, semisubmersible and open deck ships.

The semi-submersible activities of Boskalis originate from 1983. Boskalis (previously named Dockwise) in this latest review is rated the second largest heavy load operator for the first time. The fall in the ranking of this industry leader is set to continue as the company seeks to dispose of its closed-stern vessels following disappointing results. It may be assumed that its Boka Vanguard, with 116,000 tonnes deadweight, 15.5 metres submerged depth and 16,000 square metres deck space will at least remain the biggest semi-submersible ship for years to come. In mid-July 2019, the Boka Vanguard was functioning as a sailing dry-dock, moving the 323-metre long and 37-metre wide Carnival Vista with a deadweight tonnage of 13,400 back and forth between Galveston and the Grand Bahamas.

Where our Dutch heavy lift operators Rotterdam-based Jumbo Shipping, Spliethoff-daughter BigLift and RollDock from Capelle aan den IJssel are placed in these rankings is not completely clear to the author of this article. Jumbo Shipping operates a relatively small fleet of ten ships, but with a respectable average lifting capacity of more than 1600 tonnes. The two biggest Jumbo-ships can lift 3000 tonnes with their cranes in tandem. BigLift has ships that can lift up to 2200 tonnes. Beside two wide-deck Module Carriers, RollDock operates six so-called condock ships that combine float-on/float-off, ro-ro and heavy lift capabilities.

Dynamar does not commit itself to an overall outlook. It emphasises that the breakbulk, project and heavy lift market is multi-faceted. Dynamar’s bi-annual reviews reveal that there are many niches in this industry, each served by specific, specialist carriers. Traditional general cargo behaves differently from projects and heavy lift, with separate dynamics and cycles. So, there can never be a prevailing, overall market picture, Dynamar says. ‘What all breakbulk segments have in common, is their vicinity to the cargo. Anywhere and anytime. The breakbulk heydays of the mid 2000s remain a distant memory, for now…’

This article was originally published ar part of SWZ|Maritime's July/August 2019 Project Cargo Special and was written by editor-in-chief Antoon Oosting.