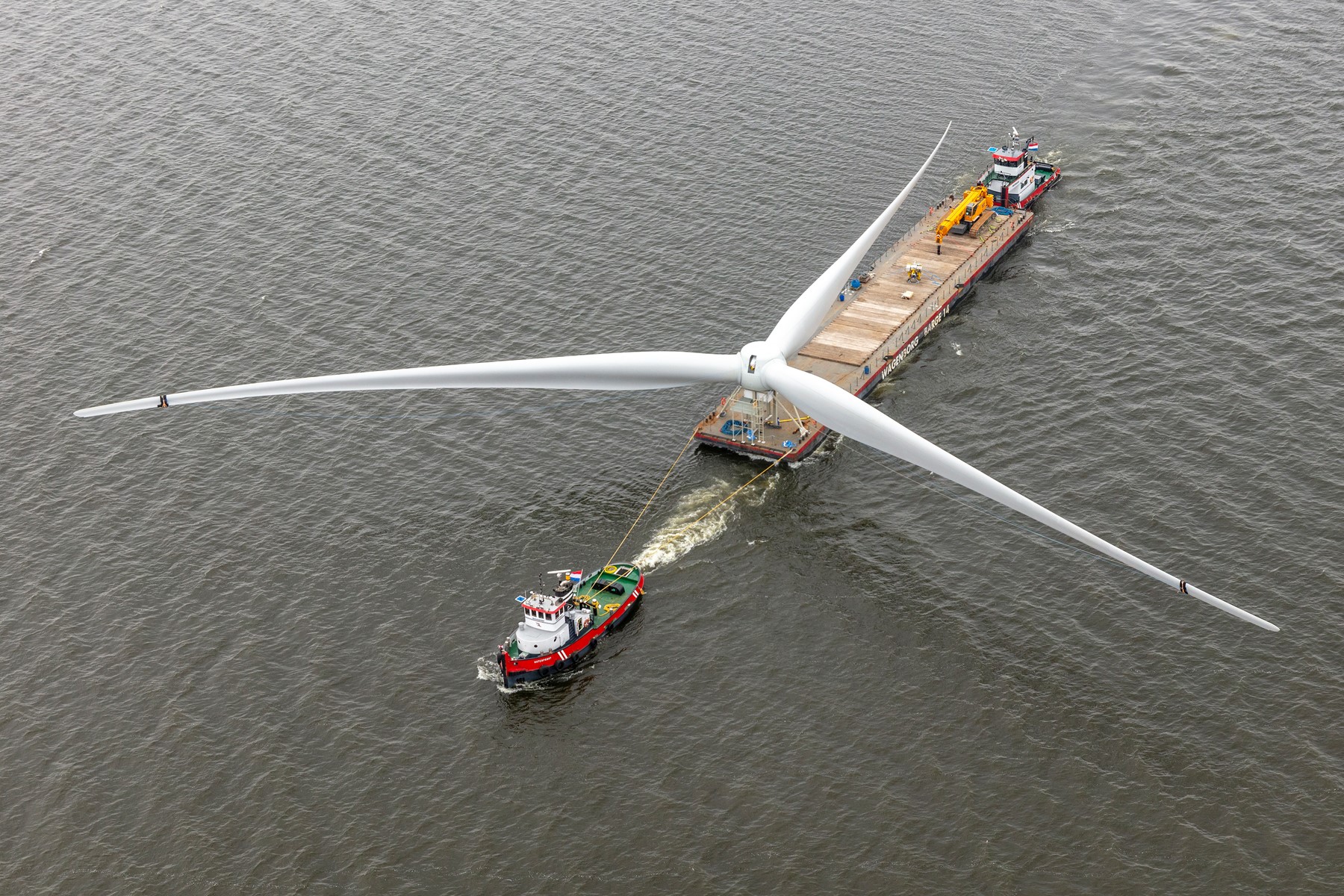 Wagenborg is supporting Van Oord with the construction of Windpark Fryslân in the Dutch lake IJsselmeer. From March to June this year, Van Oord will be installing 89 turbines at the site. Using tugs and pontoons, Wagenborg is taking care of the transport of the blades and tower sections.

One of the tugs on this project is the 1962-built tug Waterpoort, which is equipped with an old Stork Werkspoor engine. The company recently installed a selective catalytic reduction (SCR) system on the vessel, which is the oldest tub in Wagenborg’s fleet. With this catalytic converter behind the engine, exhaust gases are treated so that nitrogen (NOx) is reduced up to 85 per cent.

The installation of the turbines is the last construction phase of the wind farm. Van Oord installed all foundations into the bottom of the IJsselmeer in September last year. During this project phase, Wagenborg also contributed with the floating crane Triton.