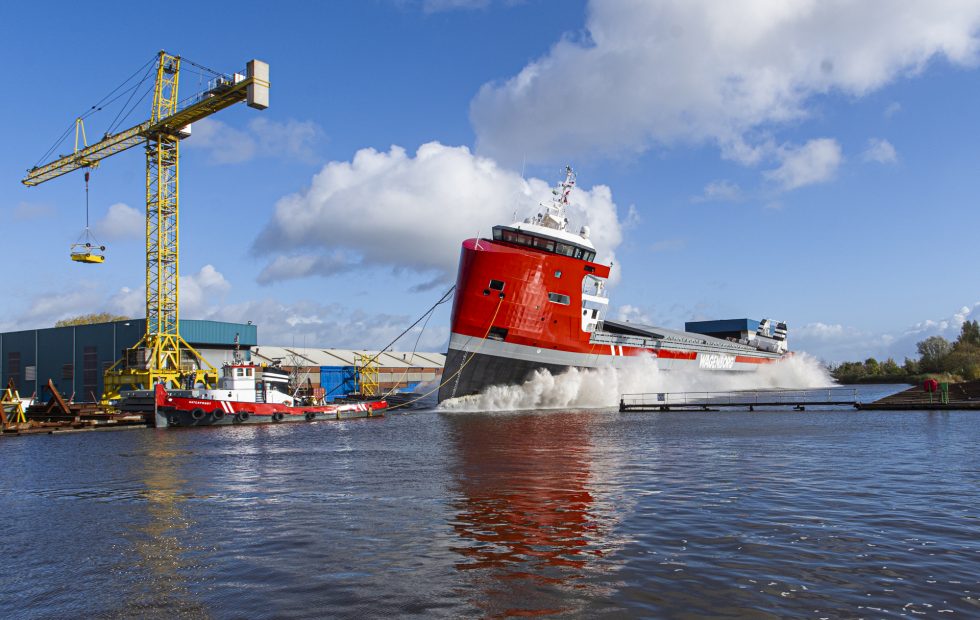 Wagenborg has launched its new multipurpose vessel, Easymax 2. It has been built by shipyard Niestern Sander in the Netherlands and succeeds the first Easymax vessel, Egbert Wagenborg. According to the company, this is the greenest breakbulk vessel in its class.

With a cargo capacity of more than 14,200 tonnes and a hold capacity of 625,000 cubic feet, Wagenborg was able to build a relatively large vessel without a major increase in overall dimensions.

The EasyMax is an ice-classed multipurpose vessel with an open-top notation, which means it can sail without hatch covers, it is very suitable for large project cargoes.

The vessel is designed to have a lower power output and greater efficiency than other multipurpose vessels of a similar size. A key aspect of the design is the vessel’s razor-sharp bow which lowers fuel consumption by decreasing the water resistance, while also allowing the vessel to better maintain speed in bad weather.

‘With an installed power of less than 3,000 kW, this ship has extremely low fuel consumption and due to her design, she has an excellent sea keeping performance. Our focus on energy efficiency resulted in over 60 per cent savings in CO2- emissions compared to her peer group,’ Wageborg states.

The launch of the vessel can be seen in the video below.