Apply continuous testing when carrying fumigated cargo on your ship 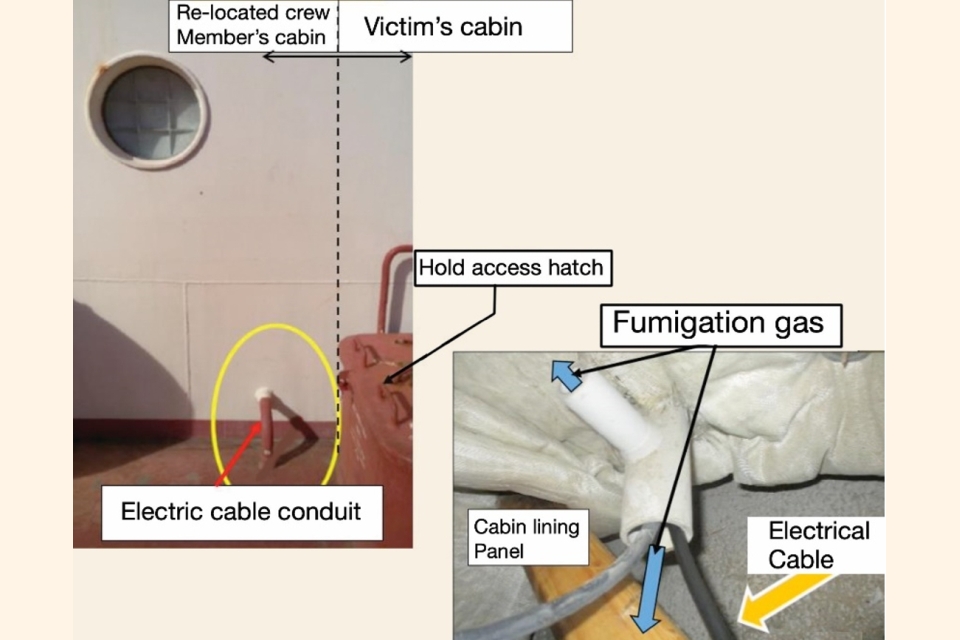 The Nautical Institute’s latest Mars Report describes another fatality as a result of fumigation poisoning. According to the Institute, the accident shows how important it is to take continuous or very frequent gas readings when carrying fumigated cargo.

A handy-sized bulk carrier was loaded with wheat, and the cargo was fumigated after completion of loading. When the fumigation procedure was undertaken, the hatch covers, ventilators and access hatches to all five cargo holds were sealed. The vessel then departed for a trans-oceanic voyage.

The crew had been briefed on the dangers of fumigation gas and the M=master told the crew to stay alert for the smell of garlic or decaying fish as this scent had been added to the gas to allow easy detection.

On the same day, a crew member remarked that he had noticed a bad odour inside his cabin. A test in the cabin showed no phosphine gas but the crew member was relocated to another cabin.

The next day, a phosphine gas reading of 2 ppm was measured at the upper deck alleyway. The Master called muster stations and instructed all crew to evacuate their cabins at once. The engine cadet did not appear at muster, so two crew went to his cabin where he was found in a state of partial paralysis. The victim was taken outside for care. A phosphine gas reading of 9 ppm was measured in his cabin, which was next to the cabin of the crew member who had been relocated the previous day.

Over the next hour, the victim’s vital signs deteriorated. A request for radio medical advice was sent and cardio-pulmonary resuscitation was carried out, but the crew were unable to revive the victim. His body was brought ashore at a port of refuge two days later.

The official investigation found, among other things, that a permanent access light for the aft access ladder of No. 5 cargo hold had been installed during construction. A conduit was used to run the electric cable between the accommodation and No. 5 cargo hold. The conduit ends were not sealed, contrary to best practices and classification rules. This defect allowed the phosphine gas to infiltrate the accommodation area and enter the crew cabins.

This accident was covered in the Mars Reports, originally published as Mars 202210, that are part of Report Number 353. A selection of this Report was also published in SWZ|Maritime’s April 2022 issue. The Nautical Institute compiles these reports to help prevent maritime accidents. That is why they are also published on SWZ|Maritime’s website.