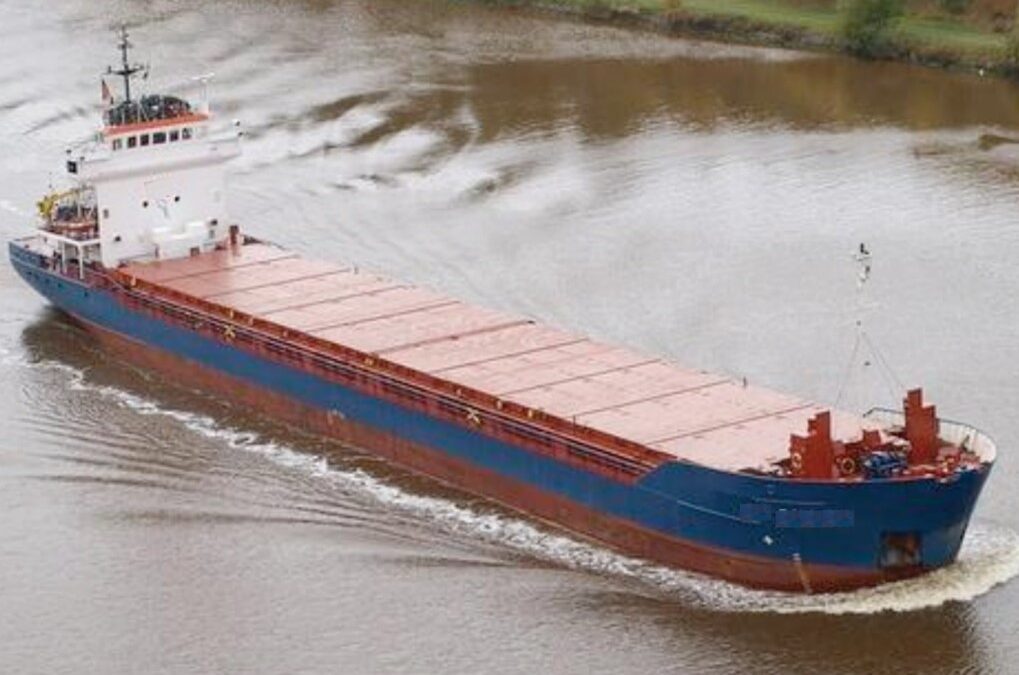 The Nautical Institute’s latest Mars Report describes how a crew member on board a general cargo vessel died of fumigation poisoning. Among other things, the Institute warns that masters and crew of vessels carrying fumigated cargoes must be aware of the potential impacts of changing ventilation arrangements.

A small general cargo vessel with seven crew berthed to load a cargo of corn in bulk. Loading commenced after preparation and cleaning of the hold. The gas tight integrity of the hold was not tested before loading, even though it was intended to undertake in-transit fumigation after loading.

Fumigation specialists arrived at the vessel once loading was complete. They verbally confirmed with the master that the hold was suitable for fumigation. Several bags of aluminium phosphide fumigant were then placed in the hold. The plan was to provide a dose of 1 g of active ingredient per cubic metre of cargo.

The vessel departed the next morning with the favourable tide. At 0800, the chief officer carried out an initial check for the presence of the fumigant. He tested two locations in the accommodation and one in the engine room. These checks were repeated at 2000 that evening and at 0800 the following day.

During this period, the weather deteriorated and the master adjusted the passage plan to reduce the motion of the vessel. At approximately 1030 on the second day out of port, a significant wave caused flooding in the galley and store through the ventilation trunking. The accommodation ventilation flaps were shut and the ventilation system stopped.

After lunch, the crew who were not working retired to their cabins. By 1245, several of the crew were experiencing headaches, fatigue and severe nausea. This was attributed by various members of the crew to either seasickness, a reaction to the food eaten at lunch, or the presence of exhaust gas in the accommodation. None were aware they were actually suffering from fumigation poisoning.

With the exception of the chief engineer, who went to the engine room, the affected crew either remained in their cabins, or went to the bridge or on to the boat deck to get fresh air. At about 1800 that day, when the master became aware that at least three of the crew were unwell, the possibility of fumigation poisoning was raised.

The atmosphere in the accommodation was re-tested and the presence of deadly fumigation gas was confirmed. Local authorities were immediately informed of the situation and assistance was requested. The crew were then moved to the ship’s office and master’s cabin, where windows could be opened to increase the flow of fresh air. Some time before 1900, one crew member returned to his cabin unnoticed.

About one hour later, a rescue helicopter arrived at the vessel. A winchman was lowered onto the deck, but poor weather conditions and a technical issue with the helicopter meant the helicopter had to return to base without the winchman or affected crew. The vessel re-routed to the closest port.

By now, three members of the crew were in a serious condition and the crew member who had returned to his cabin was found there unresponsive.

An hour later, a second helicopter arrived with a medical team. They were able to stabilise the three crew, who were evacuated by boat when the vessel approached the port pilot station. They eventually recovered in hospital. The unresponsive crew member was declared deceased.

This accident was covered in the Mars Reports, originally published as Mars 202209, that are part of Report Number 353. A selection of this Report was also published in SWZ|Maritime’s April 2022 issue. The Nautical Institute compiles these reports to help prevent maritime accidents. That is why they are also published on SWZ|Maritime’s website.