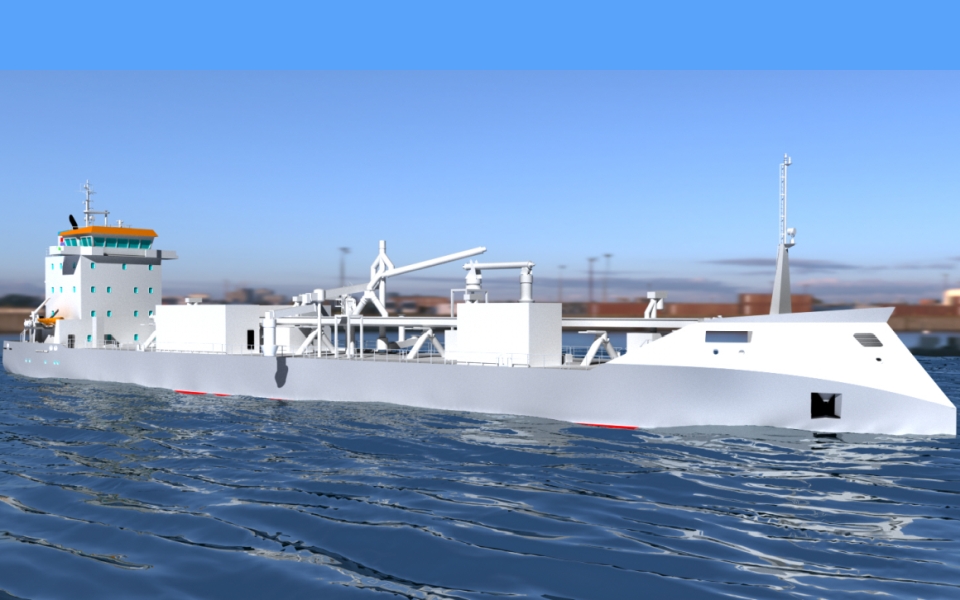 Royal Bodewes will build a 7750-DWT cement carrier for Taiwanese shipowner and operator U-Ming Marine Transport Corporation. It is the first time the Dutch shipyard builds for an Asian partner.

The Taipei-based dry bulk shipowner has ordered a cement carrier (NB 778) with a length of 115 metres and a breadth of 15.8 metres, the design being that of a Bodewes cement trader, based on a previously delivered ship. The vessel has a customer specific loading and unloading system and is designed specifically for sailing along the coast and the islands of Taiwan.

The cooperation has had a long run-up (several years), mainly because of the pandemic. But by maintaining intensive digital contact, the two companies managed to conclude a contract by the end of 2021 (without ever having seen each other in real life). The shipyard will start construction of the ship in 2023. Estimated delivery time of the vessel is Q1 2024.

Royal Bodewes is a shipyard in the North of the Netherlands that has been building vessels for over 200 years. The yard is specialised in building multifunctional vessels in the range of 1500 to 15,000 tonnes. Royal Bodewes develops technically advanced vessels, such as hybrid ships, self-discharging cement carriers and LNG bunker vessels.