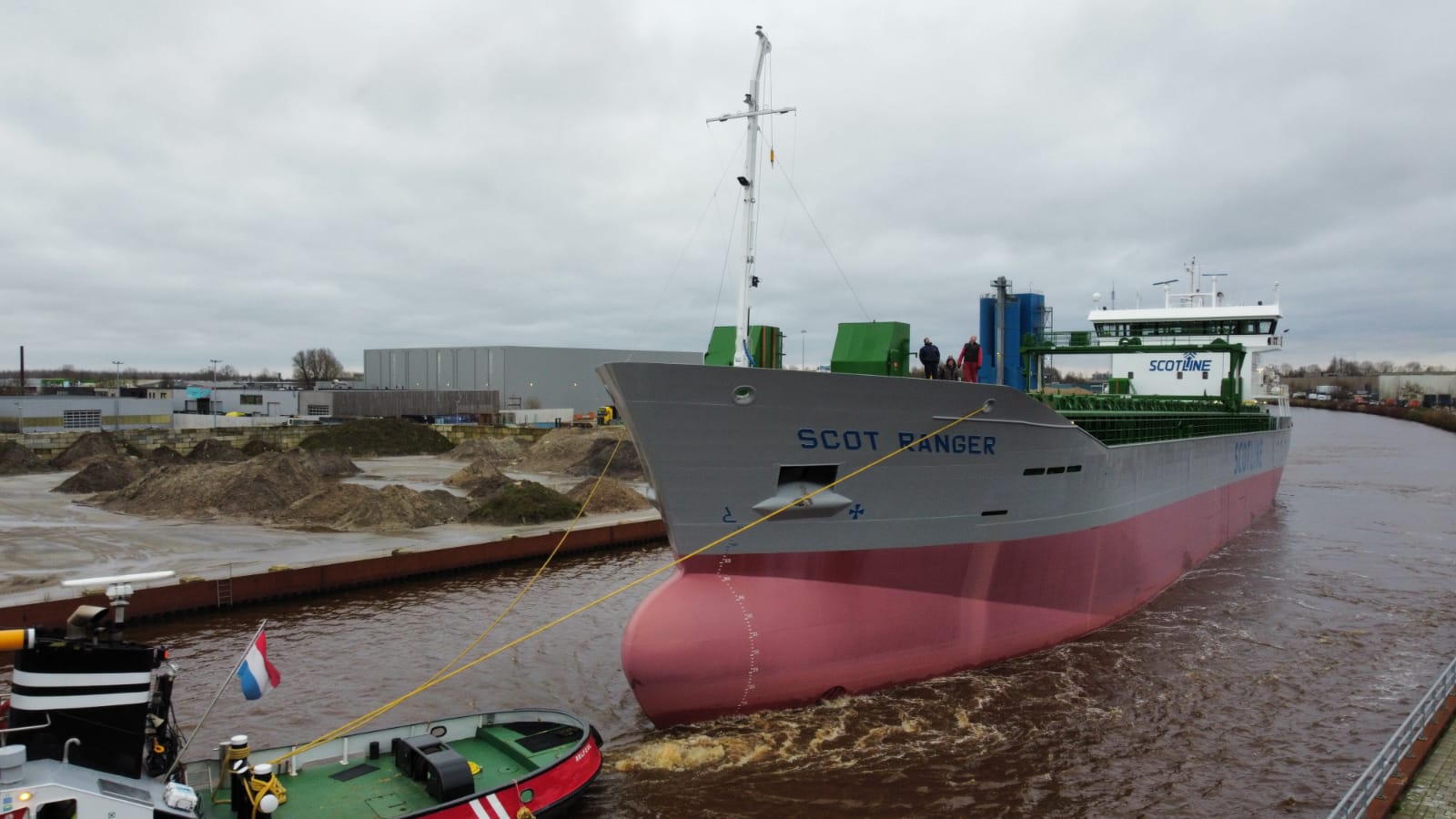 The Scot Ranger has left Royal Bodewes Shipyards in Hoogezand to go on sea trials. The ship, which is to be the third Trader 4800 for Scotline, Inverness, was towed to the sea harbour of Delfzijl. From there it sailed to the Eemshaven from where the sea trials began on Tuesday 5 January.