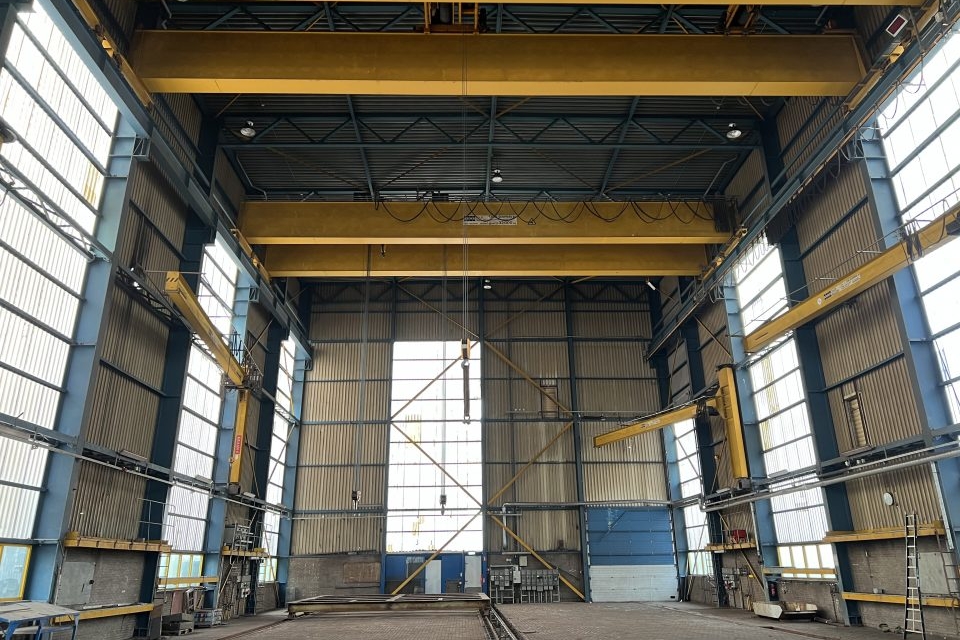 Dutch shipyard Royal Bodewes and production company Passer SIDC from Lithuania have acquired the former De Hoop Shipyard in Foxhol, the Netherlands. De Hoop stopped building ships there in 2017 and since then rented out the location to shipyards and steel construction companies in the area. However, when De Hoop went bankrupt in 2021, the yard in Foxhol went with it.

In 2017, after a downturn in shipbuilding, De Hoop filed for bankruptcy for the Foxhol yard, which was a private company and separate from the company’s main yard in Tolkamer. The yard’s employees lost their jobs, but De Hoop managed to hold on to the location and let it be used by other companies up until De Hoop’s bankruptcy in October 2021.

Passer SIDC is an international production and project management company. It says it wanted to expand its activities in the field of shipbuilding. The company will focus on design and manufacture of metal structures for the renewable energy, oil, and gas industry, as well as shipbuilding and repair. With coming orders for ships and equipment, the company assumed that this is the right time for development and growth.

The De Hoop yard in Foxhol has capacity for ships of up to 135 metres long and 16 metres wide. Passer says it has already signed contracts for building four new ships. Contracts have also been signed for building ten ship hull blocks.

According to Passer SIDC, the shipyard will employ between sixty and seventy people, both local and Lithuanians, as well as a number of workers under subcontract agreements. All the operations will be managed from Passer SIDC headquarters in Klaipėda, Lithuania.

It is not yet clear exactly what role Royal Bodewes will play in the cooperation. The shipyard says it is unable to elaborate on that at this moment.

The yard in Foxhol is located on the Winschoterdiep, just as Royal Bodewes’ shipyard in Hoogezand. With the new yard, in theory, it becomes possible to build simultaneously at the two locations.