SWZ|Maritime’s February 2022 issue: Offshore technology – The Dutch are ready to lead the way 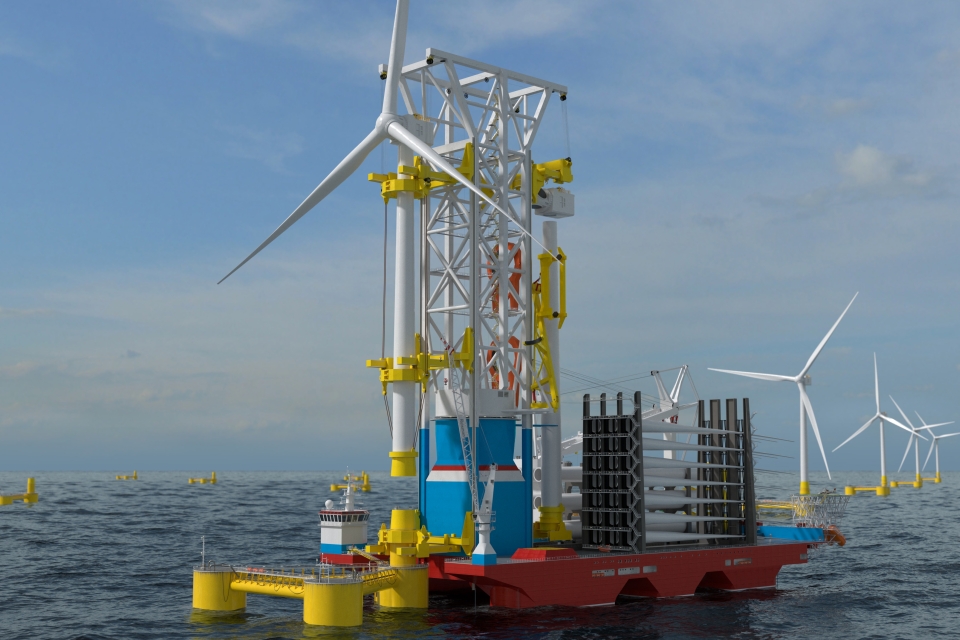 With the energy transition just around the corner, the editors of the February edition of SWZ|Maritime decided to focus on important new developments in the Dutch offshore industry. A sector in which important players have already for some time understood that it is hugely important to be at the forefront of technological developments with the construction of all the new offshore wind parks on the North Sea.

Except for publishing the very nice book “Won from the Waves”, little attention was paid to the fifty-year anniversary of the IRO, originally established as Industrial Council for Oceanology. The members of this council represented various sectors of oceanology such as mining, coastal water technology, fishing and oceanological instrumentation.

Due to the oil crisis in 1973, additional marginal fields in the North Sea had to be put into operation. And just like in those years, when the Arabs punished especially the Netherlands with an oil boycott for supporting Israel, at this very moment in the ongoing Ukraine crisis and with rising energy bills, it becomes painfully clear how important it is for a nation to be in control of one’s energy supply.

The Dutch government honoured the IRO with a particularly poisonous gift in the form of scrapping export credits for oil and gas related investments, forgetting that a big part of the world is still highly dependent on oil and gas for its energy supply. Just like this highly developed Dutch nation was and for the most part still will be for quite a few years to come.

All the more reason for the editors of this February edition of SWZ|Maritime to focus on the Dutch offshore industry.

When looking at the big four Dutch and Belgian dredging and offshore contractors, you can see that the knowledge and skills of IRO members are highly appreciated all over the world, in Europe especially, but also in Taiwan, Japan and the US, that has a special problem with its Jones Act, which restricts foreign involvement in maritime operations in US waters.

As an engineer with much experience in offshore projects, our editor Björn von Ubisch maps the global energy situation, discusses the Jones Act and interviewed IRO director Sander Vergroesen. And of course, in an offshore special you can’t ignore one of the most important players in the development and construction of offshore equipment, Huisman Equipment, that again and again surprises the offshore industry with remarkable innovations.

The articles of our colleagues Sander Klos on a new model for a shrimp trawler and Annelinde Gerritsen on a floating future and the importance of effective antifouling for green shipping from Job Klijnstra also deserve attention.

This is editor-in-chief Antoon Oosting’s editorial accompanying the February 2022 issue. Our digital archive is once again available to subscribers and they can read the digitial version of our February issue there. Subscribers can register here to gain access. Not yet a subscriber? Visit our subscription page.

The articles in SWZ|Maritime’s February issue

In addition to the regular sections such as Dutch news, Markets, Maritime monthly, Global news, Book reviews, Mars Report and news from the KNVTS, the articles (some in Dutch) in the February issue are: