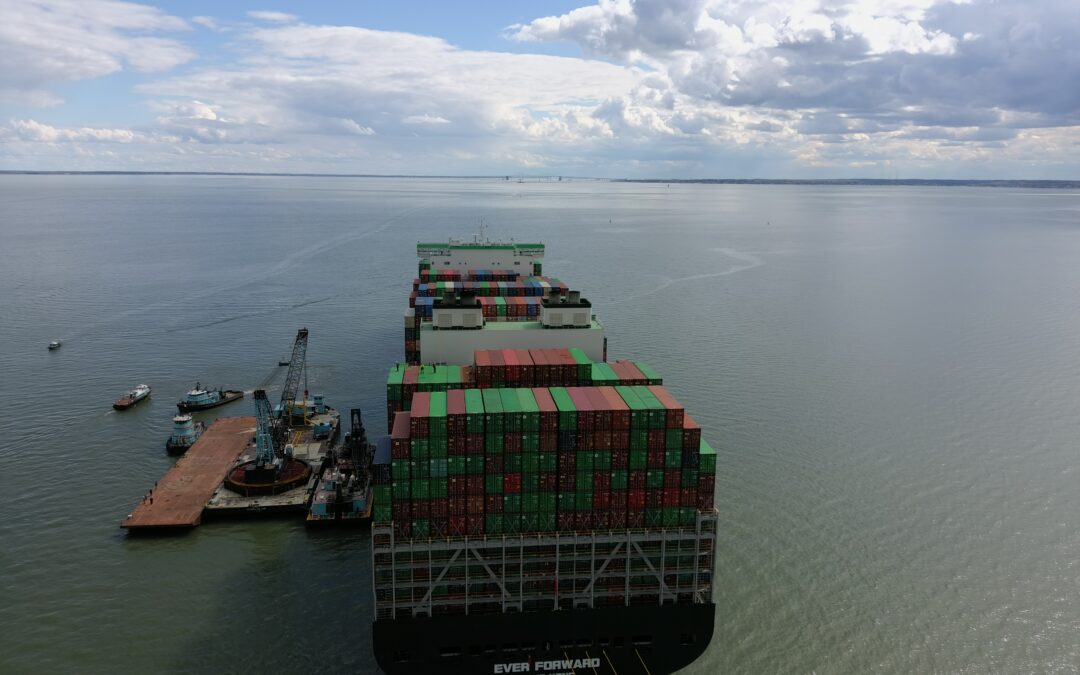 The US Coast Guard says a new refloat attempt of the grounded 11,850 TEU container ship Ever Forward will take place today, 17 April. The effort will will involve the two anchored pulling barges and five tugs positioned around the vessel.

If the first pulling evolution to refloat the Ever Forward is unsuccessful, which is scheduled for around 11 am local time, a second one will occur between 5 pm and 11 pm (local time). During the refloat attempts, a 1000-yard safety zone is imposed around the vessel.

Following a successful evolution, the Ever Forward is planned to anchor and ballast within the channel prior to transiting underneath the William Preston Lane Jr. Memorial (Chesapeake Bay) Bridge to the Annapolis Anchorage. The US Coast will provide further information if both attempts are unsuccessful.

From Saturday, 9 April, crane barges have been removing approximately 500 containers from the ship to lighten it. This operation was concluded on Saturday, 16 April. In addition, dredging has taken place around the vessel to a depth of 43 feet (over 13 metres).

Also read: 500 containers to be removed from grounded container ship Ever Forward