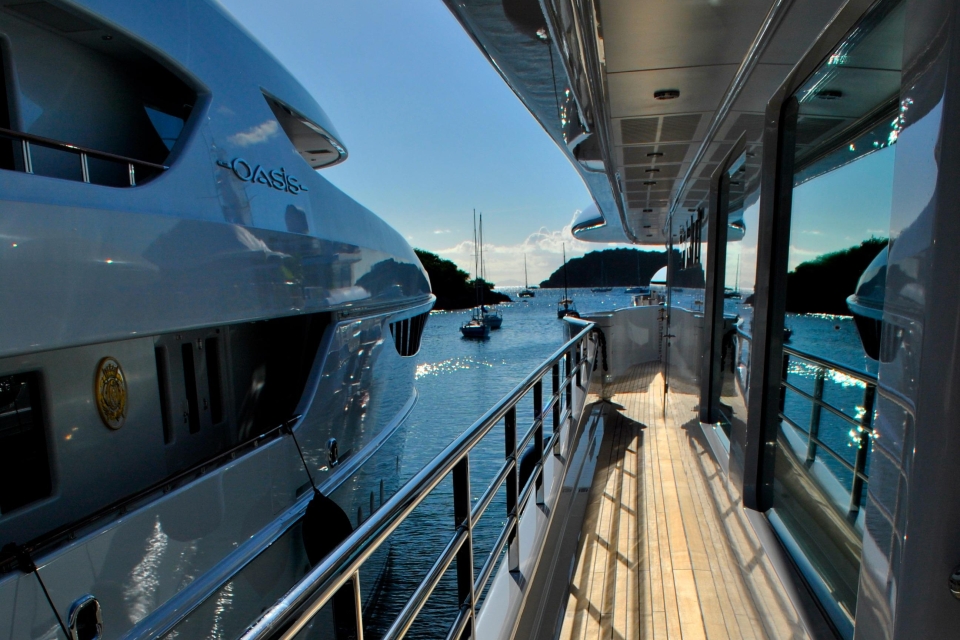 The Netherlands is known for its high-quality superyacht construction, but this flourishing industry will now also be impacted by the sanctions imposed on Russia for invading Ukraine. So far, the Dutch government has detained fourteen yachts.

In order to implement the sanctions, Dutch Customs works closely with the Fiscal Information and Investigation Service (FIOD), port authorities and the Coast Guard. Together, they have fifteen shipyards and five dealers in luxury or superyachts in their sights, where additional investigations are taking place. All shipyards have been visited and informed about the applicable sanctions.

In a letter to Dutch Parliament, Minister of Foreign Affairs Wobke Hoekstra writes that no superyachts are anchored in the Netherlands, but that a total of twelve yachts are being built at five shipyards for so-called Russian UBOs (ultimate beneficial owners). In addition, two yachts are under maintenance at Dutch shipyards that have been placed under enhanced customs supervision.

Due to the current export measures, these vessels may not be delivered, transferred or exported at this time. The yards are aware of this, writes the Minister. The ownership structures of the yachts are being investigated. One of the newbuild yachts is nearing completion. The first trial run took place on 2 April under Customs supervision.

For one of the yachts in the Netherlands for maintenance, the relationship with a person mentioned on the European sanction lists is being investigated and the yacht is under surveillance. The second yacht probably does not belong to a Russian or Belarusian owner, but there is a ban on providing services to yachts without a licence.

It is also known that one yard had planned maintenance for a yacht previously delivered to a Russian UBO. This yard has also been informed and has consequently cancelled the maintenance.

Involved authorities have no indications that yachts from persons or entities that were on the sanctions lists have sailed away.

In Italy and other countries on the Mediterranean Sea, there are more luxury yachts belonging to claimed persons than in Dutch ports. Minister Hoekstra has told Parliament that Italy has frozen EUR 850 million in assets. This mainly concerns yachts and real estate. These are frozen assets within the framework of the sanctions regulations and not a seizure for which a criminal claim is necessary.