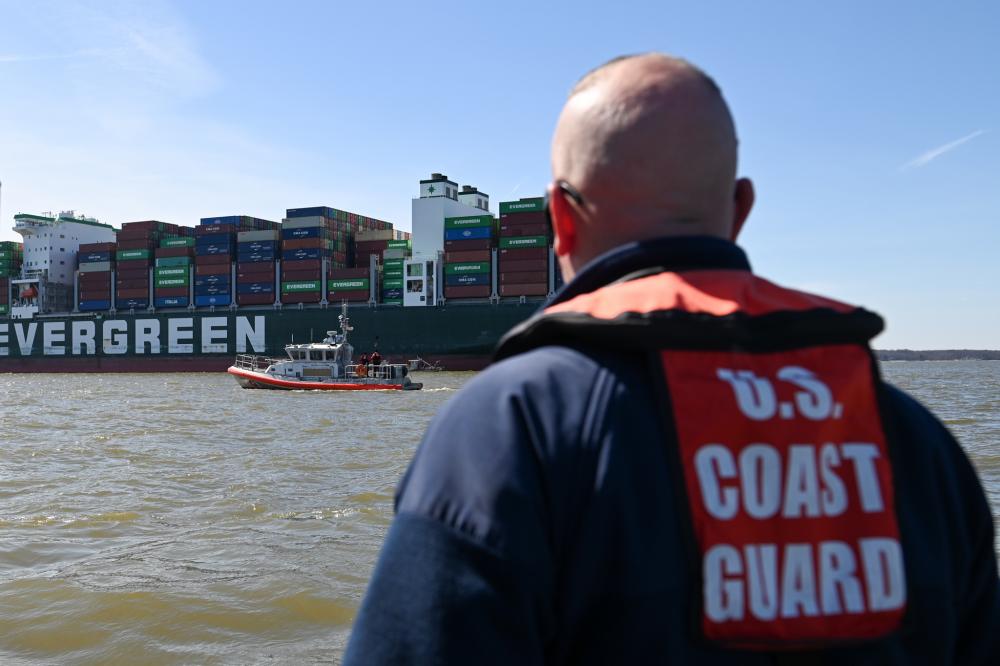 The US Coast Guard is still working on a plan to safely refloat the 11,850 TEU container ship Ever Forward. The vessel grounded after leaving Baltimore on Sunday. There are no reports of injuries, pollution, or damage to the vessel as a result of the grounding.

The vessel grounded in the Chesapeake Bay near Craighill Channel. The Ever Forward is not obstructing the navigational channel, but vessels operating in the vicinity are still required to conduct one-way traffic and transit at a reduced speed.

Soundings of all tanks, bilges and voids

Coast Guard responders are working closely with personnel from the Maryland Department of the Environment to monitor the container ship, investigate how the ship grounded, and develop a plan to safely refloat the ship.

A Captain of the Port Order has been issued by the Coast Guard requiring the vessel’s crew to conduct soundings of all tanks, bilges, and voids every four hours to monitor potential pollution and report any noticeable change in stability, draft readings, vessel position, or signs of an oil discharge.

The Hong-Kong flagged container ship operated by Evergreen, reported to be carrying general cargo, departed Baltimore Sunday and was en route to Norfolk, Virginia, when it grounded. The Ever Forward was built in 2020 and is 334 metres long and 48 metres wide.

Last year, Evergreen’s Ever Given grounded in the Suez Canal and blocked the Canal for almost a week, disrupting shipping traffic.

Picture by US Coast Guard.