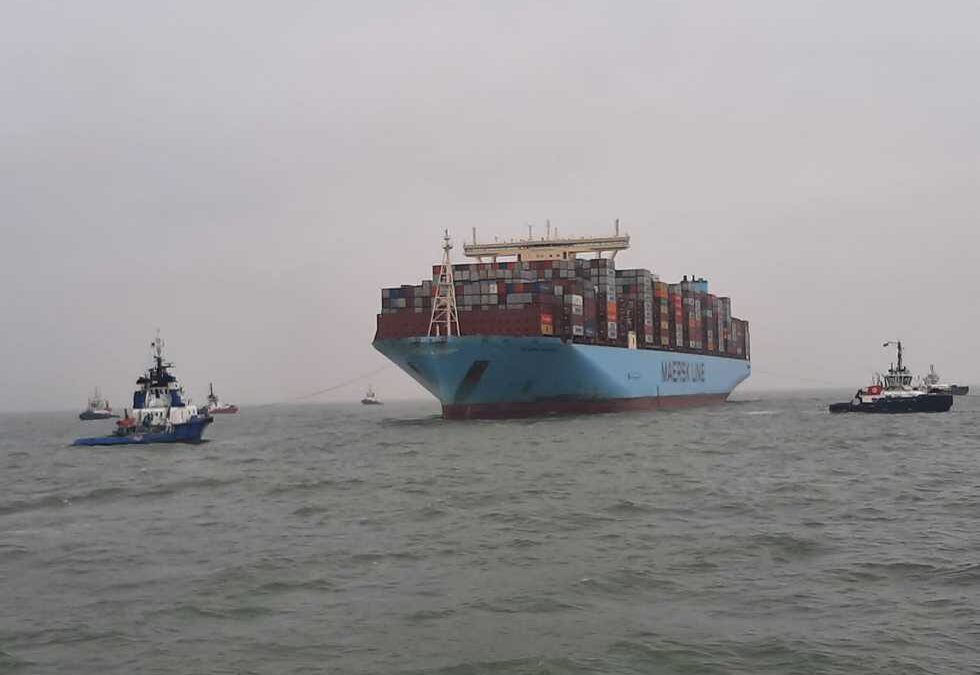 The container ship Mumbai Maersk, which ran aground while approaching the Weser estuary close to the German Wadden Island Wangerooge in the North Sea, has been pulled free. The second towing attempt was postponed to wait for high tide and eventually took place during the night.

The picture below shows how the Mumbai Maersk was pulled and pushed free; with the two largest tugs Sovereign and Neuwerk pulling from the bow, three from the stern and another three pushing against the side of the vessel. The Sovereign has had a busy week, by the way. The Boskalis owned tug was also involved in the salvage of the Julietta D off the Dutch coast earlier in the week.

The Mumbai Maersk is to be brought to the port of destination Bremerhaven as soon as possible. The vessel was sailing from Rotterdam. No crew members were injured and no pollution ensued as a result of the grounding.

It is as yet unclear what caused the vessel to ground.