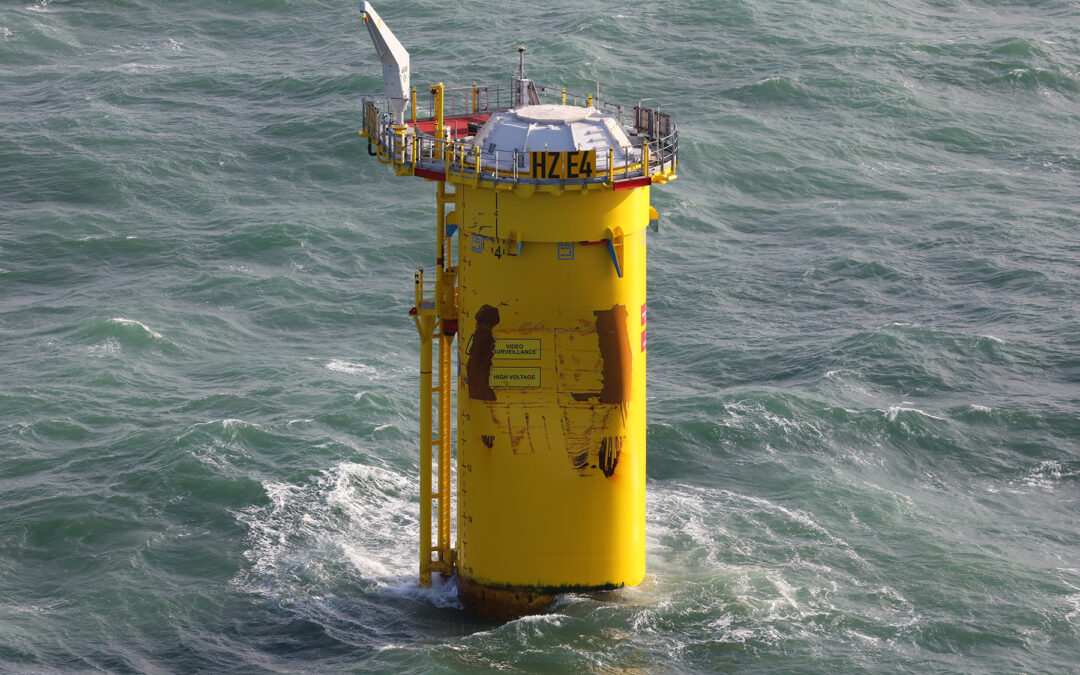 In addition to having hit the Hollandse Kust Zuid Beta transformer station jacket, Vattenfall has reported the Julietta D has also collided with one of the foundations for the wind turbines yet to be constructed. The master and chief officer were arrested by Dutch police on Tuesday on suspicion of abandoning the ship too early. They have since been released, but remain suspects in the case.

The bulk carrier Julietta D collided with the tanker Pechora Star off IJmuiden after its anchor gave way in a storm on Monday. The bulk carrier suffered damage to the hull and was making water. The eighteen crew members were subsequently evacuated and the ship drifted into the Hollandse Kust Zuid wind farm later that day.

A salvage team of Smit Salvage was brought on board the bulk carrier at the end of the day and managed to secure a tow line to Boskalis’ tug Sovereign. On Tuesday morning, a second connection was made to Multraship’s Multratug 18 after which the vessel could be towed to the port of Rotterdam later that day.

On Wednesday, Vattenfall reported that one of the 34 wind turbine foundations had also been damaged by the Julietta D. The damage came to light during an exploratory flight on Tuesday. The company also says further inspections are needed to determine the extent of the damage.

Master and chief officer under suspicion

On Tuesday, it became clear the Dutch police had arrested the Julietta D’s master and chief officer. According to the police, it is being investigated whether they were right to abandon ship when they did and whether they can be held responsible for the damage the ship subsequently caused.

A captain and an officer must remain on board as long as possible and may only leave their ship in an emergency situation. The maritime police are investigating whether this was the case.

Picture: Damage to the wind turbine foundation (by Vattenfall).