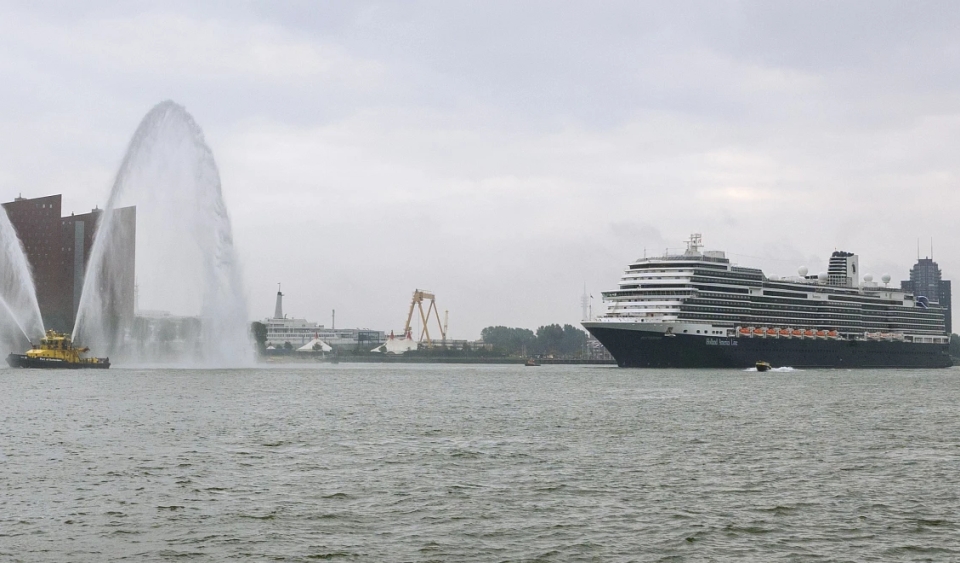 Holland America Line’s (HAL) newest ship Rotterdam will be officially christened on May 30, during a christening ceremony in Rotterdam. Her Royal Highness Princess Margriet of the Netherlands will be the ship’s sponsor, continuing a Dutch royal tradition that began in the 1920s.

The special seven-day “Rotterdam Naming Celebration” cruise will depart from Amsterdam on 29 May, moor in Rotterdam on 30 May and will also call at Kristiansand, Stavanger and Flåm in Norway located in the Sognefjord.

‘Our history is deeply rooted in the Netherlands, and it was only fitting to have our newest Rotterdam christened in the city of Rotterdam by Christening Lady Royal Highness Princess Margriet to honour our Dutch history,’ says Gus Antorcha, president of HAL. ‘We are very grateful that Her Royal Highness Princess Margriet is once again acting as a sponsor for a Holland America Line ship.’

When the ship arrives in Rotterdam on May 30, there will be a private ceremony for invited guests. During the voyage, guests will enjoy special events including an exclusive and festive Gala Dinner and a chance to attend the blessing of the ship’s bell.

Long relationship with the royal family

HAL’s relationship with the House of Orange goes back almost a century, when Prince Hendrik launched the Statendam III in 1929. Since then, members of the Dutch Royal Family have launched eleven more Holland America Line ships, including Her Royal Highness Princess Margriet who officially christened Prinsendam (1972), Nieuw Amsterdam III (1983), Rotterdam VI (1997) and Oosterdam (2003).

Other members of the Dutch royal family who have acted as sponsors include Her Majesty Queen Máxima, who christened the Koningsdam in 2016 and the Nieuw Amsterdam in 2010. Queen Beatrix was the sponsor who christened the Eurodam in 2008. In 1958, Queen Juliana launched the Rotterdam V. Then Princess Beatrix named the Statendam IV in 1957 and Princess Margriet in 1960. The Nieuw Amsterdam II was launched by Queen Wilhelmina in 1937.

The new cruise ship is a sister ship of the Koningsdam and Nieuw Statendam, the Pinnacle class ships delivered respectively in 2016 and 2018, and is the fourteenth ship built for this brand by the Fincantieri Marghera shipyard in Italy. The Rotterdam is about 99,800 gross tonnes, almost 300 metres long, with accommodation for 2668 passengers in 1340 cabins. The cruise ship is characterised by a modern and contemporary style. Tihany Design and Yran & Storbraaten produced the interior design for all three Pinnacle class ships.

The Rotterdam was delivered by Fincantieri on 30 July 2021 and as its maiden voyage it made a transatlantic crossing before spending its first autumn and winter season in the Caribbean, touring from Ft. Lauderdale, Florida. Starting in May, the ship explored Europe, heading to Norway, the Baltic, the British Isles and Iceland, all round trips from Amsterdam.