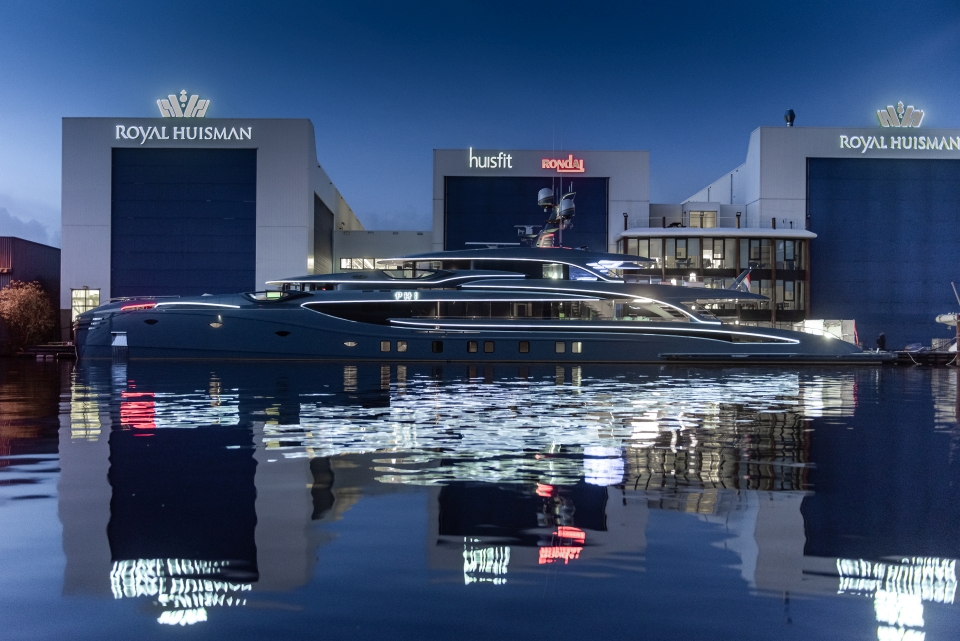 Royal Huisman has delivered 58.5-metre superyacht Phi. Developed and constructed below 500GT, it is by far the longest motoryacht in this category. The yacht also features innovative exterior lights, powered by lasers.

Phi is a 58.5-metre fast displacement motoryacht, with exterior design from the drawing board of Cor D. Rover, interior design by Lawson Robb, and naval architecture by Van Oossanen Naval Architects. It is accompanied on its travels by Phi Phantom, a shadow vessel which carries the same DNA as its bigger sister.

As a result, Phi is free to offer significantly more exterior and semi-interior entertainment area on the aft deck than conventional designs. The upper deck is entirely dedicated to the owner’s penthouse. Guy Booth, the owner’s representative, estimates that Phi would need to be a 90-metre project in order to facilitate the same configuration if on board a single yacht.

Phi’s innovative exterior lights – powered by lasers – were jointly developed by Royal Huisman and Fibr8.com. It leaves no unsightly gaps (as do the more common LEDs, which are also more prone to failure) and is maintenance friendly. According to the yacht builder, exterior laser lighting is set to be the next trend in lighting.