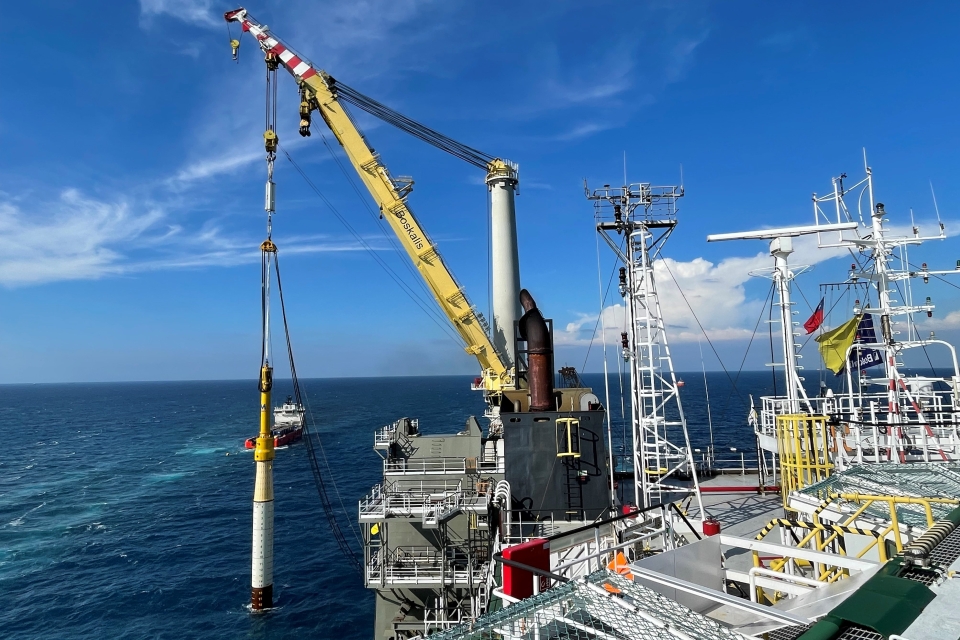 Boskalis has won a transport and installation contract for the monopile foundations and substations of an undisclosed offshore wind farm development with a value of approximately EUR 450 million. At the same time, the company published its third quarter results and announced it is selling its Singapore and Malaysia towing business.

Boskalis uses its crane vessels Bokalift 1 and Bokalift 2 and versatile heavy transport fleet for large-scale offshore wind projects. The 450-million contract ties-up one year of crane vessel utilisation days in addition to the equivalent of two years of heavy transport vessels. Engineering and pre-construction work has already commenced and project execution is scheduled to commence in 2023.

At the end of September, Boskalis‘ order book stood at 5.1 billion euros, down from the record level of more than 5.5 billion euros in June. Nevertheless, the company says the third quarter was busy with an increase in revenue. Both the dreding and offshore energy market saw a higher utilisation. Yet, it was an exceptionally quiet quarter for the salvage business after experiencing a busy first half with high-profile projects including the salvage of the Ever Given in the Suez Canal in March and the Eemslift Hendrika off Norway in April.

Boskalis says its projects are still affected ‘to a greater or lesser extent by the consequences of the Covid-19 pandemic. International travel and entry restrictions make it as challenging as ever to keep projects and vessels operational, especially in the Far East, where the additional costs due to COVID measures are weighing heavily on the margins of certain projects.’

Boskalis is maintaining its EBITDA guidance for the full year 2021. Barring unforeseen circumstances, the EBITDA level in the second half of the year will be in line with the EUR 226 million achieved in the first half. Dredging faces a busy few months with high hopper fleet utilisation. The offshore energy and towage market are stable, salvage is expected to remain quiet.

Boskalis and its co-shareholder KS Investments (Keppel) have signed an agreement relating to the sale of their harbour towage activities in Singapore and Malaysia to Rimorchiatori Mediterranei. The sale transaction relates to Keppel Smit Towage Private Limited (KST) and Maju Maritime Pte Ltd (Maju). Boskalis receives approximately 80 million euros in cash for its 49 per cent equity stake.

Keppel Smit Towage (KST) was established in 1991 as a joint venture between Keppel and SMIT, a wholly-owned subsidiary of Boskalis. Over the past thirty years, KST has developed into one of the largest and leading harbour tug service providers in Southeast Asia. KST operates a combined fleet of 58 tug boats in Singapore and through its joint venture in Malaysia.

The sale of KST follows the strategic decision taken by Boskalis in 2019 to divest its harbour towage activities. The agreement is subject to approval from the regulatory agencies in Singapore and the transaction is expected to close in the first half of 2022. Boskalis divested its stakes in Saam Smit Towage and Kotug Smit Towage in 2019.