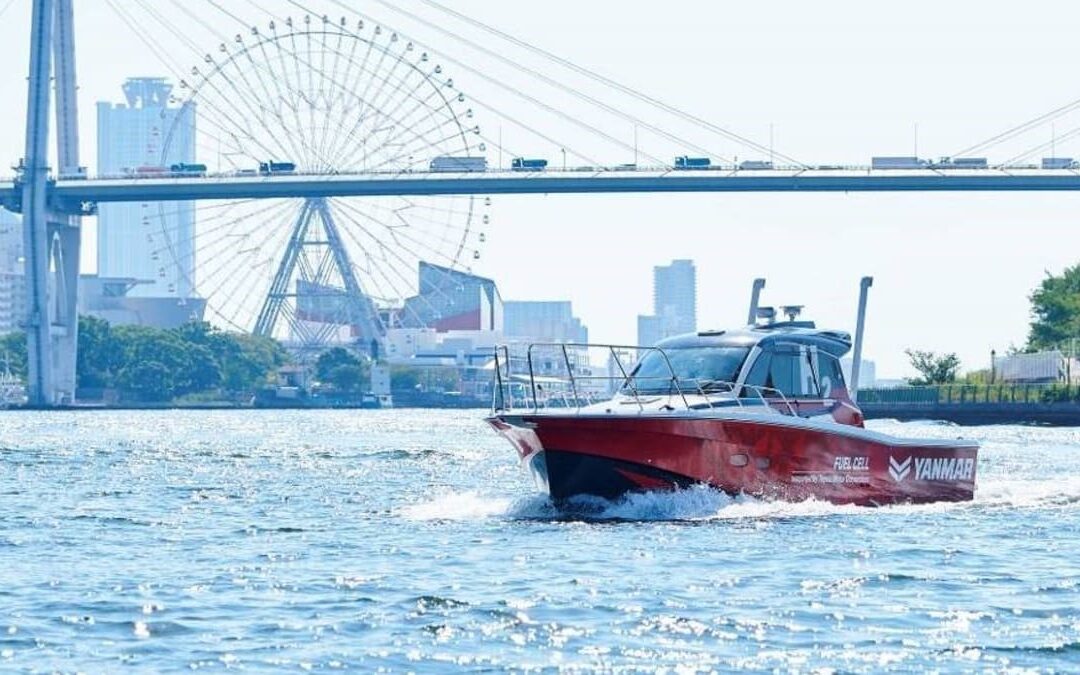 The 70 MPa high-pressure refuelling resulted in more than three times longer cruising time compared to the previous refuelling process. For the refuelling, a demonstration test boat equipped with a hydrogen fuel cell system was used. The test boat cruised on a route around the island of the Osaka-Kansai World Exposition 2025 and tourist spots on the city’s coast.

The results will be utilised for the market deployment of hydrogen fuel cell systems as well as the study of hydrogen refuelling infrastructure for ships.

Yanmar Power Technology is developing a 300-kW-class maritime fuel cell system incorporating fuel cell modules supplied by Toyota Motor Corporation. Yanmar aims to obtain a type approval from classification societies so that the system can be installed in various types of ships towards a planned launch to market in 2023.

Also read: Five lessons to learn on hydrogen as a marine fuel