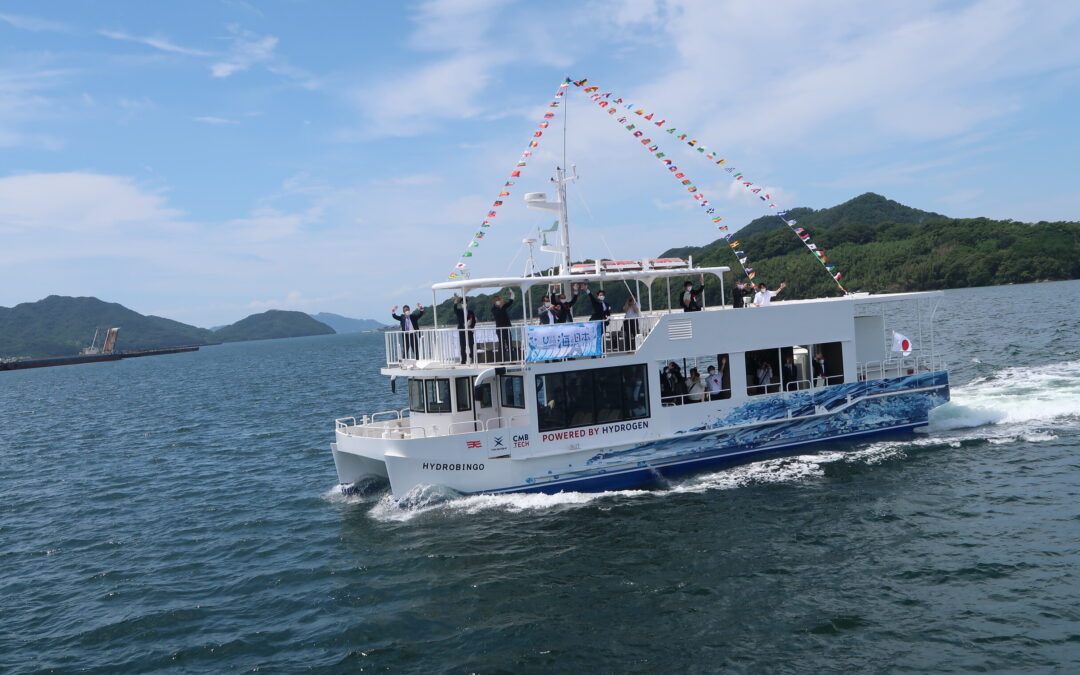 Belgian engineering company CMB has unveiled the HydroBingo vessel. It is the world’s first hydrogen-powered ferry for transporting passengers. The ship was built by Tsuneishi, the Japanese shipbuilding company.

The presentation voyage of the HydroBingo ferry took place on 10 August in Japan. It was the result of the fruitful cooperation of CMB and Tsuneishi within the JPNH2YDRO joint venture. According to the Belgian company, the mentioned vessel is the world’s first hydrogen-powered ferry. It is equipped with two dual-fuel engines, which are able to power from both diesel and hydrogen. Due to this, the vessel can emit up to half less CO2 and other harmful gases in comparison to a conventional diesel-powered ferry.

The HydroBingo ferry was designed for commercial passenger transport. It can speed up to 26 knots, however, its cruise speed varies between 18 and 22 knots. The ship has a capacity, which is enough for carrying up to 80 passengers. She is refuelled with a mobile hydrogen trailer at the stern, which is dedicated to delivering hydrogen to the engine via a special double-walled pipeline.

Furthermore, CMB and Tsuneishi certified the hydrogen-powered ferry in accordance with the requirements of the IGF Code and the “Safety Guidelines for Hydrogen Fuelled and Fuel Cell Ships”. This vessel has also received approval for inspection from the Japan Craft Inspection Organization (JCI).