Five lessons to learn on hydrogen as a marine fuel 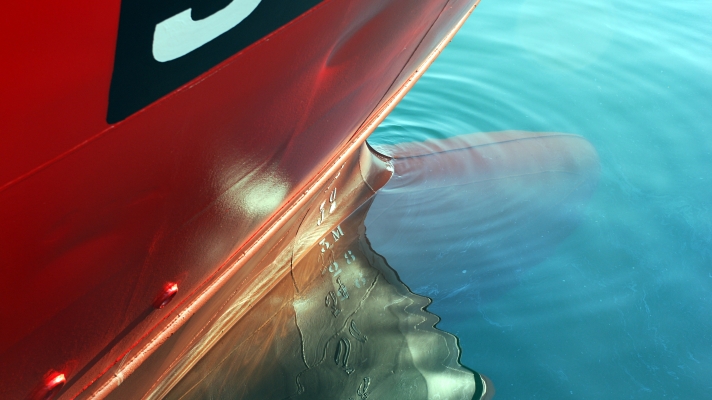 A consortium of 26 leading companies and associations has published a handbook for hydrogen-fuelled vessels to shed light on the most pressing issues surrounding hydrogen as ship fuel. Explore the key takeaways of the DNV-led MarHySafe project.

Green hydrogen could play a crucial role in the maritime industry’s journey towards decarbonisation. Produced through electrolysis, H2 is free of carbon emissions and could be widely available across the globe in the future – as a marine fuel or a key enabler for synthetic fuels.

Many in shipping recognise hydrogen’s potential, but the barriers to implementing H2 technology are substantial. Led by DNV, a consortium of 26 partners and observers have come together in the MarHySafe joint development project (JDP) to address the challenges surrounding hydrogen operations: safety and regulations.

With Phase 1 complete, the consortium has published the “Handbook for Hydrogen-fuelled Vessels”, which creates a roadmap towards safe hydrogen operations using fuel cells. The handbook will be updated continually as the second phase of MarHySafe progresses. Here are five lessons learnt so far.

There still are knowledge gaps and more testing is needed on the safety aspects of handling, storage and bunkering hydrogen. Testing and modelling needs to be fine-tuned to hydrogen’s unique properties and safety considerations. There are uncertainties about the behaviour of cryogenic hydrogen (LH2), as well as thresholds when detonations occur.

‘Experiments on cryogenic (liquid) hydrogen, commissioned by the Norwegian Public Roads Administration and carried out at the DNV Spadeadam Research and Testing Centre in the UK, yielded valuable learnings for the handbook,’ says Asmund Huser, Senior Principal Specialist, Quantitative Analysis at DNV.

‘These experiments provided important knowledge on how LH2 behaves in leakage scenarios in typical ship design with enclosed spaces and during bunkering of LH2, giving confidence in the mitigating measures in the design of maritime hydrogen arrangements,’ adds Kolbjørn Berge, Head of Green Shipping Innovation and New Technologies at the Norwegian Maritime Authority.

A key takeaway is that future modelling needs to better account for the detonation risk if there is a leak. Huser: ‘A high-speed jet-like release of hydrogen in a large room, for example, may not disperse evenly. Such an inhomogeneous release may result in concentrated pockets of H2 that have a higher risk of detonation. We need rigorous safety measures to avoid this.’

What size and layout do these spaces need to have? Where do the fans or ventilation shafts or detectors need to be located? These are some of the design considerations that can make a big difference in case of a leak. Dedicated large-scale testing will be needed when this industry scales up.

Experience of working with natural gas can be very useful for starting hydrogen operations in shipping. But there are considerable differences between these different fuel types, and on-board configurations that work for natural gas may become dangerous to use for hydrogen.

This is because of hydrogen’s unique properties: H2 is the lightest of all atoms, making it harder to contain, and it can embrittle materials that would be safe to use with natural gas. For example, hydrogen requires certain types of steel and welded connections rather than fittings.

‘Most of the hydrogen technology we expect to see on board ships will have already been used in other applications such as cars, trucks and other modes of land-based transport and storage,’ explains Gerd Petra Haugom, Principal Consultant Environment Advisory at DNV and Phase I Project Manager for MarHySafe. ‘So, we don’t have to start from scratch. Some of the challenges include adapting this technology to the marine environment and making it safe to use in varying environmental conditions, in smaller spaces, and when personnel cannot be evacuated as easily as on land.’

Use hydrogen in its pure form

Powering vessels with hydrogen can be done via combustion engines, blending hydrogen in with other fuels, or storing it in a liquid organic solution or as ammonia. The most common and greenest way of generating power from H2 is using hydrogen fuel cells.

This is also what the MarHySafe project has focused on. Each energy conversion step in a value chain represents energy losses. This makes hydrogen especially relevant as a range extender and a supplement for use cases within coastal and short-sea shipping, when battery electric solutions are not possible or feasible, for example due to a lack of local grid capacity.

Using hydrogen directly, whenever possible, may reduce the energy losses that happen during the conversion process from hydrogen to other fuels, and be a preferred option to introduce zero-emission value chains.

The Alternative Design process is a risk-based approval process for novel ship designs that cannot be approved with the current prescriptive regulations and needs safety optimisation. The process is in line with SOLAS Chapter II-2 and is described in the IMO Guidelines for the Approval of Alternatives and Equivalents (MSC.1/Circ. 1455). The approval is evaluated in line with the goals and functional requirements of the International Code of Safety for Ship Using Gases or Other Low-flashpoint Fuels (IGF Code, Part A).

‘The Alternative Design process requires a significant effort from the projects leading the technology development. The project owners have to actively demonstrate how the hazards and consequences of the design are managed by applying risk-based design instead of demonstrating passive compliance with prescriptive rules. This may seem arduous, but it is the best tool we currently have to help projects materialise,’ says Mónica Álvarez Cardozo, Senior Engineer Piping Systems & Alternative Fuels at DNV Maritime. ‘Hydrogen is a new technology in a new environment, so a risk-based design process is needed to keep personnel, assets and the environment safe.’

The MarHySafe handbook examines the Alternative Design process in detail, offering interpretations that fulfil the varying expectations of Flag States and providing guidance on how to navigate requirements as efficiently as possible.

‘One of our main aims in the MarHySafe JDP is to build a foundation of knowledge that can be used for developing rules for hydrogen in the future,’ says Haugom. Currently there are too many knowledge gaps to draft rules, ‘but the more we know, the closer we get to changing this. In Phase II, we will start proposing input to early requirements.’

Scaling up hydrogen operations will be a challenge

Moving hydrogen as a fuel from land-based applications to maritime is no small feat. With the IMO’s regulatory framework, class rules and different interpretations from Flag States and ports to consider, navigating the regulatory landscape is challenging to say the least. The MarHySafe handbook offers a comprehensive overview of the regulatory environment.

‘In the absence of definitive rules, it is all the more important for the industry to come together and learn from existing projects. We need to make sure that any future requirements account for all necessary safety and operational aspects, ensuring that the technology can be developed on a large scale,’ says Nathaniel Frithiof, Senior Consultant Environment Advisory at DNV and Project Manager for Phase II of MarHySafe.

This article was supplied to SWZ|Maritime by DNV. The “Handbook for Hydrogen-fuelled Vessels” can be downloaded from the DNV website.