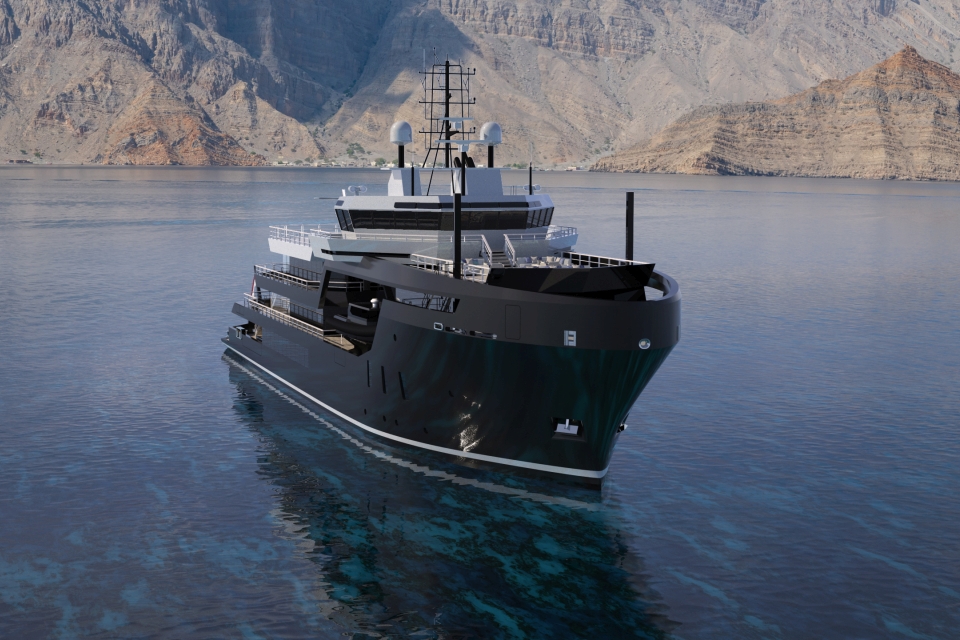 Dutch shipyard Icon Yachts revealed a new 70-metre conversion project at the Monaco Yacht Show last week. The project will see 66-metre 66-metre offshore rescue and support vessel Ocean Ness converted into what the yard says will be one of the world’s most capable explorer yachts.

The vessel features an exterior design by Espen Øeino International with exploration amenities and future-proof technology on board. Construction is to begin soon at Icon’s yard in Harlingen, the Netherlands.

‘The 68-metre Project Ragnar delivered last year was a true testament to Icon’s capabilities when it comes to complex superyacht conversion projects, and the entire team is excited to build another Icon in Project Master,’ says Icon Yachts CEO Tony Gale. ‘We look forward to sharing the journey as construction progresses over the next two years.’

The owners brief called for a family-orientated luxury vessel, ready for extended voyages around the world while providing plenty of spacious and comfortable living areas. The owner also requested a long list of features ideally suited for charter operations, including Jacuzzi, spa area, fully-equipped gym and a sauna.

After meticulous feasibility studies by the Icon team, the 66-metre Ocean Ness was chosen as the most suitable platform for a significant conversion project. Built by the Norwegian shipbuilder Kleven in 2001, the offshore rescue and support vessel arrived at Icon’s facilities in Harlingen in August 2021.

Undergoing a four-metre extension, the 70-metre Project Master will have a beam of 15 metres, a draught of 5 metres and a gross tonnage of close to 3000. Despite the total transformation from offshore support vessel to luxurious explorer superyacht, the conversion will retain 95 per cent of the ships original platform and superstructure.

More stand out features include a large toy store, a 42-square-metre expedition preparation area and two 11.5-metre side retained daughter craft cranes, which can be altered to accommodate submarines and additional guest tenders. A fully certified helicopter deck also acts as an entertainment platform with more than 200 square metres of exterior space and an open main salon with floor-toceiling windows.

In regards to its technical features, Project Master will feature a hybrid-ready installation capable of converting to full diesel-electric propulsion. The current Rolls-Royce mechanically driven stern thrusters will be replaced by highly efficient hybrid thrusters with power take ins (PTIs) ready to accept electrical propulsion motors of 2 x 420kW. This will allow near-silent cruising at approximately 7 knots. This configuration also allows the conversion to full diesel electric propulsion at a later stage. It will have an estimated top speed of 14 knots, with an autonomous range of 6000 nm.

The general specifications are: