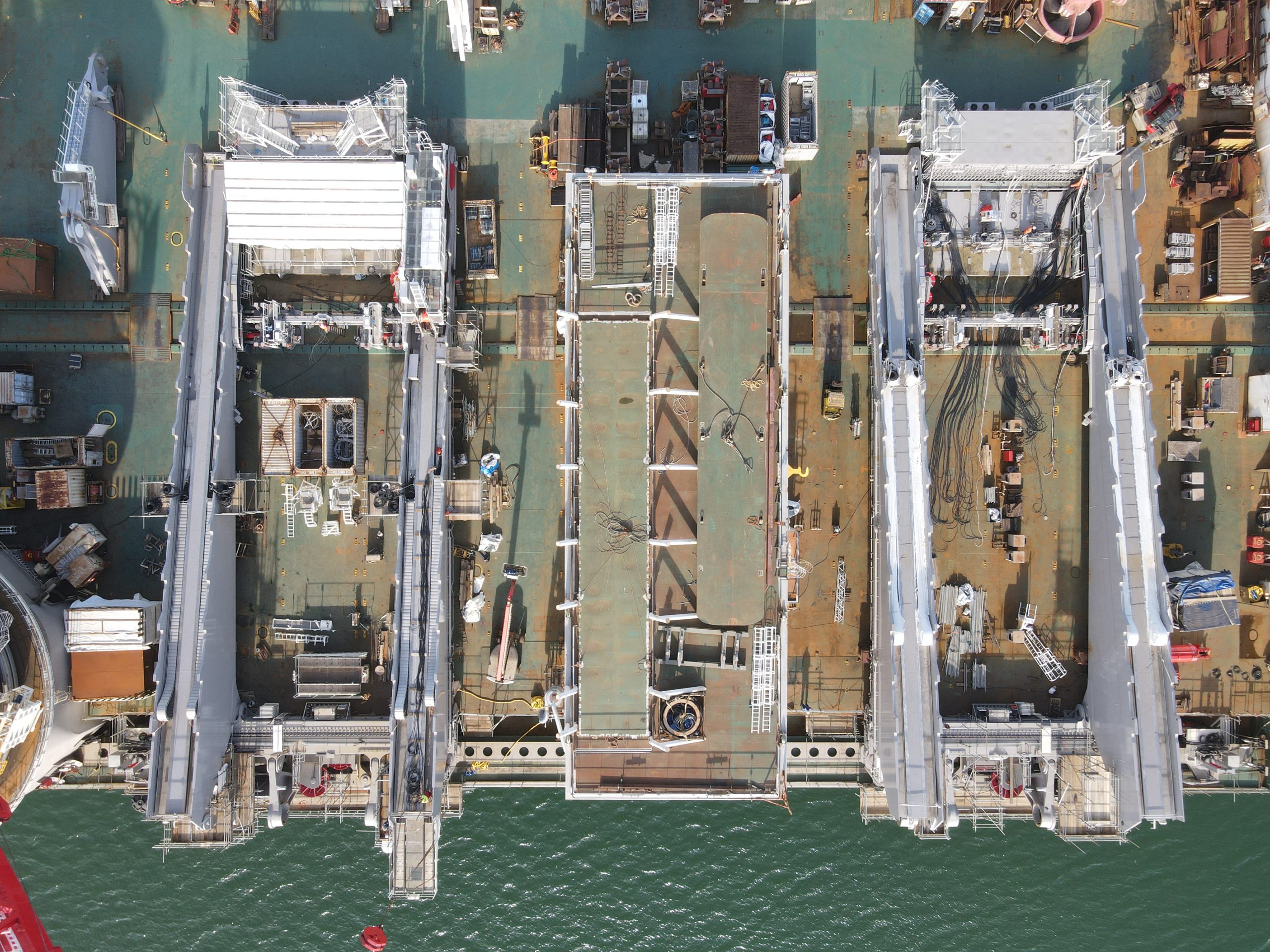 The Pioneering Spirit is being upgraded with a Jacket Lift System (JLS), which will enable it to remove and install jackets weighing up to 20,000 tonnes in a single lift. The most eye-catching components of the system are the two 170-metre-long lift beams to be installed this fall.

The Jacket Lift System consists of many components, many of which have already been installed on board. This includes the “hang-off and upend system” (HOUS), for example, which Allseas was completing in April. The function of HOUS is to raise and tilt the 170-metre lifting beams. It comprises integrated upend systems, each with a pair of 50-metre skid tracks fitted with “push-pull” mechanisms.

While the technology is ground-breaking, the way the system works is rather simple, states Allseas. After cuts are made to a jacket’s foundation piles at seabed level, hoisting blocks suspended from the lifting beams raise the jacket at the main legs. The jacket is subsequently aligned with the beams, reclined, and skidded further inboard before transit.

The lift beams are the final piece of the puzzle. Once these are delivered and installed, all components will be connected, commissioned and tested so that the complete jacket lift system is ready for the first projects in summer 2022.