Another net loss for Royal IHC, 2023 will be a crucial year 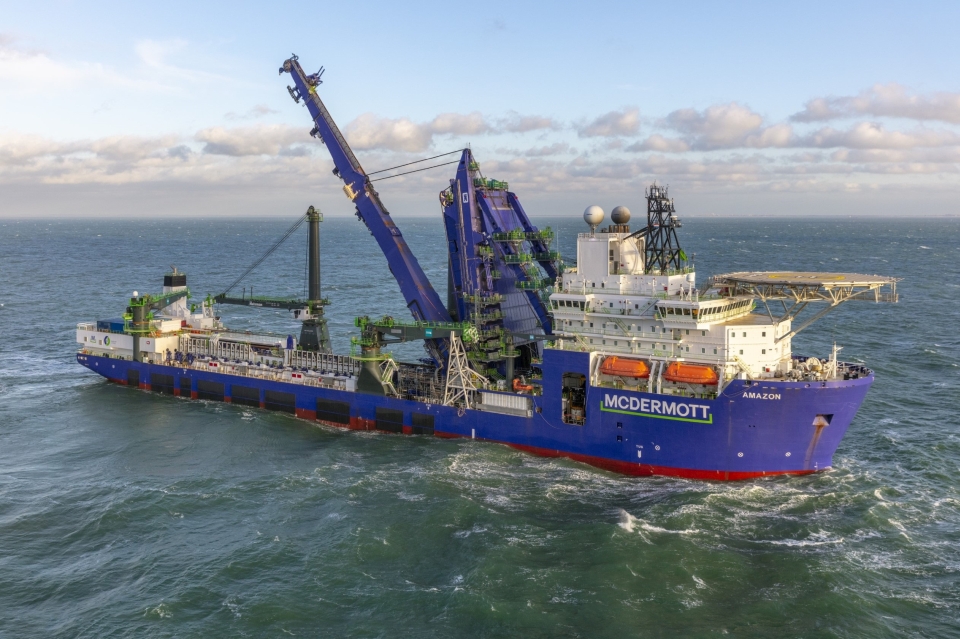 Royal IHC has published its delayed Annual Report 2021 and reports a net loss of € 63.4 million. Although a significant improvement to 2020 and with a restructuring programme underway, it now all comes down to the shipbuilder being able to land new orders for large custom-built vessels.

The delay of the report is due to the outline agreement with the company’s financial stakeholders, concluded at the end of 2022, which had to be incorporated into the report.

Losses on Amazon and Spartacus

In 2021, Royal IHC‘s focus was on successfully completing the large and complex projects that began in 2017 and 2018. The following milestones were achieved:

The shipbuilder reports, however, that there were also some additional setbacks on the Amazon and Spartacus in 2021, which led to further losses. In addition, Royal IHC continued to suffer greatly from Covid-19. Due to the uncertainty regarding the course of the pandemic – as well as the general economic outlook – many customers postponed purchasing decisions. As a result, Royal IHC was unable to make up for the significant loss of turnover compared to the pre-Covid-19 period.

The reorganisation in 2020, the increase in flow business (equipment, services and standard modular dredgers) and the completion of complex and loss-making legacy projects contributed positively to this result. In addition, Covid-19 government support helped to retain the company’s employees at a time of a significant drop in order intake and turnover due to the pandemic.

The disappointing inflow of larger orders, partly due to geopolitical developments and volatility in the raw materials market, also has consequences for Royal IHC’s financial position. To improve this, the company started a restructuring process, including the process of selling the independent subsidiary IQIP. This is at an advanced stage and will significantly improve Royal IHC’s liquidity and equity upon completion. The proceeds from the sale of IQIP will be used to pay off virtually all existing bank debt while maintaining working capital facilities for new orders.

In accordance with the new financial relationships, it has been agreed in the recent outline agreement that the Stichting Continuïteit may appoint several candidates to the Supervisory Board, including the chairman. As part of the implementation of this agreement agreed by the stakeholders, Gerben van de Rozenberg, on behalf of Stichting Continuïteit, will be a member of the Supervisory Board from 5 January 2023, and Menno Snel will hand over the chairmanship to Van de Rozenberg.

At the request of the stakeholders, Snel will remain active as an independent member of the Supervisory Board for some time in order to be able to advise and assist the company and the Supervisory Board in its new composition. At least until the full implementation of the outline agreement, the Supervisory Board of Royal IHC will consist of Gerben van de Rozenberg, Menno Snel, Kees Korevaar, Boudewijn Wentink and Frank Verhoeven.

Minority of lenders yet to come aboard

The financial restructuring agreement envisaged by Royal IHC, which only relates to an adjustment of the conditions of the existing financing (and therefore not to trade creditors) and does not provide for writing off the liabilities, is supported by a majority of the lenders.

To geth the other lenders aboard, at the beginning of 2023, the Board of Directors initiated a WHOA (Wet Homologatie Onderhands Akkoord) pre-insolvency procedure, supported by the majority of the lenders. This procedure is to commit the minority of lenders to the financial restructuring plan. The Board of Directors expects a favourable outcome of this procedure.

CEO Jan-Pieter Klaver says: ‘Our flow business is running smoothly and profitably, and after a very difficult time for Royal IHC, I expect that with the finalisation of the agreement with our financial stakeholders, we will regain the confidence of our customers for large custom-built vessels. In that respect, 2023 will be a crucial year for us as a producer of complex integrated ships.’

The dredging market will continue to grow thanks to global trends, such as climate change and the urbanisation of coastal areas, and the increase in maritime trade. However, Covid-19 has had a strong impact on dredging companies.
In addition, the energy transition has led to additional uncertainty because it is not yet entirely clear what the fuel of the future will be that can make this emission reduction possible for new dredgers.

In terms of Royal IHC’s order intake, the demand for standard dredgers was normal in 2021, but weak for large custom-built vessels. The latter was in line with the low demand for new dredgers for the global shipbuilding industry.

Despite the ongoing pandemic, the offshore renewable energy market remained resilient. According to Rystad Energy, more than 17 GW of offshore wind capacity was installed in 2021 (2020: 6.3 GW), setting a new record. The outlook for offshore wind remains positive, with ambitious targets set by the European Union, UK and also non-European countries such as the USA, Taiwan, South Korea, Vietnam and Japan. The floating offshore wind market is developing rapidly as major oil and gas companies increasingly seek to deploy their expertise offshore.

Offshore vessel providers have been aggressively cutting costs and refinancing debt over the past year, but alarm bells are still ringing. An analysis by Rystad Energy shows that the offshore vessel market needs additional financial resources for restructuring, consolidation and demolition in order to operate at a sustainable level in the long term. There is an oversupply of vessels compared to market demand and downward pressure on capacity levels remains a challenge. Owners are likely to get some help from the market if demand for offshore vessels returns by 2025.

The total demand for offshore vessels is expected to grow at an annual rate of seven per cent during this period. The two largest and fastest growing classes are wind installation vessels and the (construction) service vessels (SOVs). Demand for wind turbine installation vessels is expected to triple between 2021 and 2030. A growing installed base in deeper and more distant waters is driving SOV demand. A smaller market segment for ships includes cable-laying vessels, where a shortage is expected within the next three years, especially as the USA and Asia build more and more offshore wind farms.

Commodity prices recovered unexpectedly well in 2021. At the beginning of the year, mining companies were cautious about their capex budgets. The sharply rising prices gave enough room to increase spending during the course of 2021 and in the outlook for 2022. In the medium to long term, global demand for metals is positive – and especially for metals needed in energy transition.

Rising geopolitical tensions are a major driver for the global defence market – and naval vessels in particular. Cyber attacks are expected to become a greater threat. Due to the war in Ukraine, countries are planning to spend billions of dollars to modernise their fleets. Ministries of defence are seeking autonomy and focusing on building a defence industry.

Royal IHC says its defence branch is well positioned to build ships in the Netherlands for the Dutch navy and make a substantial contribution to the submarines that are now being put out to tender by DMO.

Also read: HAL may be willing to rescue IHC again by buying IQIP