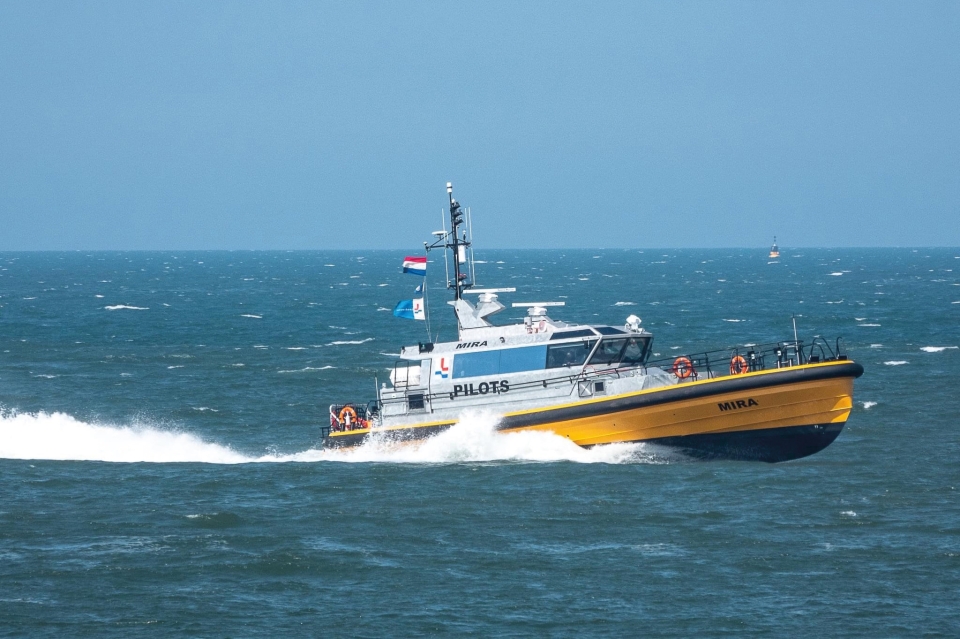 The Nederlands Loodswezen (Dutch Pilotage Service) has ordered our M-class jet-driven pilot tenders at Next Generation Shipyards (NGS). The vessels are to replace four 1996 Discovery-class tenders and will serve in the various pilotage regions of the country.

The contract was signed on 22 December, but was only announced earlier this week.

The four new pilot tenders are a further development of the “Mira”; a 2020 sustainable tender design that achieved fuel savings of thirty per cent through weight savings, smart technology and improved hull design. Like the Mira, the new vessels were designed by ship designer Camarc.

The Loodswezen wants to operate as sustainably as possible. ‘Within the current technical possibilities, we have been looking for some time for a ship type in which we reduce our CO2 footprint, without making concessions to the quality of our service,’ states managing director Herman Broers.

The necessary financing for this extensive project was obtained from Bank Nederlandse Gemeenten (BNG), which also played a role in financing the 2010 large pilot vessels.

Once again, Loodswezen has selected NGS, a Dutch shipyard based in Lauwersoog, to build the vessels. The four tenders are due to enter service in 2023, 2024 and 2025.

Broers says: ‘During the construction of the Mira and subsequent improvements to the design of this pilot tender, we were impressed by the craftsmanship and innovative capacity of this young yard in the north of Groningen.’

For NGS, which employs around seventy staff, this order means a good prospect and a good filling of its capacity. The CO2 footprint will also be considered during construction. For example, solar panels are used to generate more energy per year than is used on site.

Picture: The four new tenders are a further development of the “Mira”, pictured here.