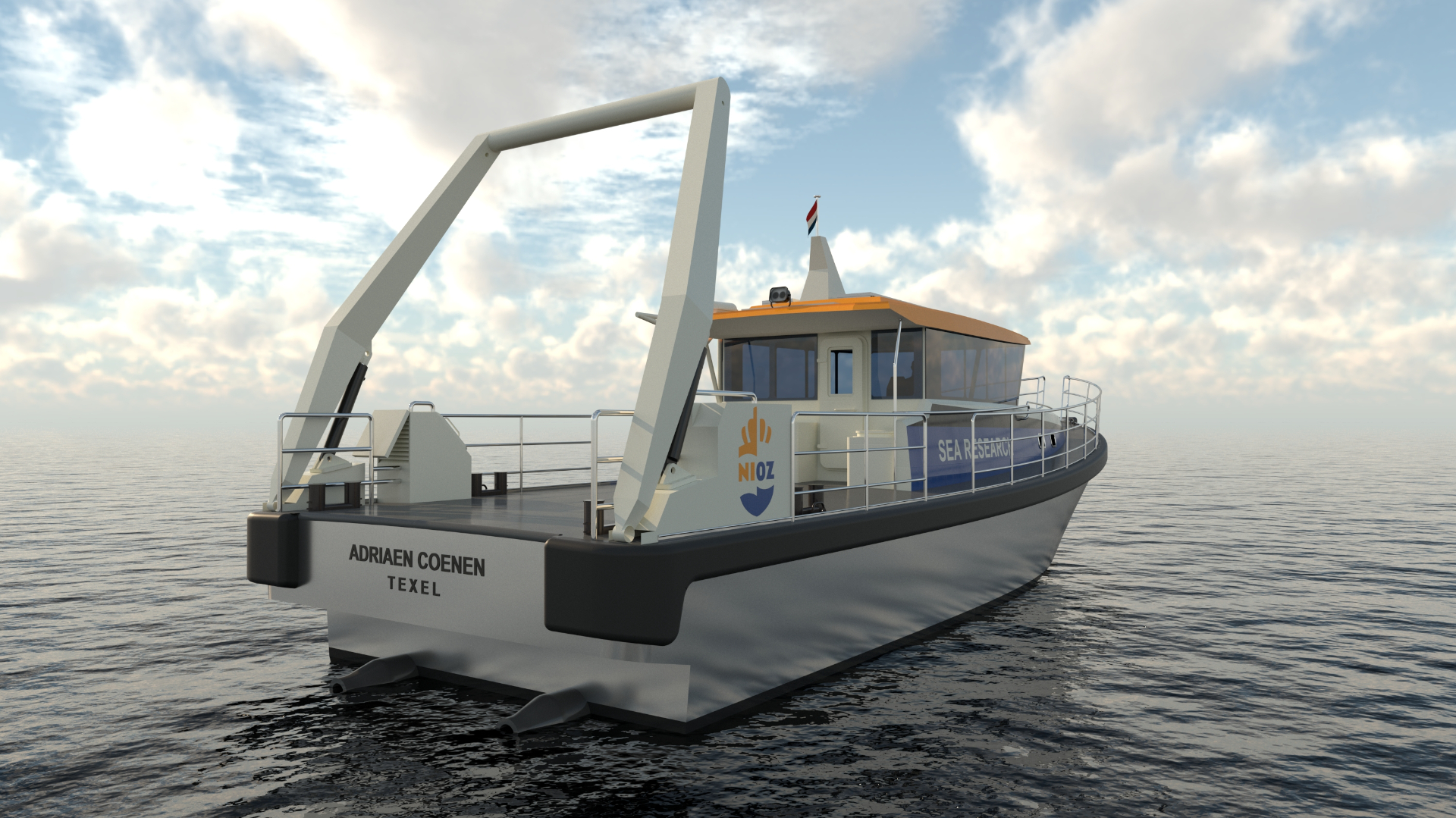 After it had already been announced that Next Generation Shipyards would build the new research vessel Adriaen Coenen, the contract was now officially signed on 22 March. The vessel boasts special features such as the ability to ground on sandbanks of the Wadden Sea and running on hydro-treated vegetable oil (HVO).

The construction of the ship is said to boost employment in the North of the Netherlands. The contract was awarded after an extensive European tendering process in which forty per cent of the weighting factors were based on price and sixty per cent on quality.

RV Adriaen Coenen is the second new ship ordered by the Royal Netherlands Institute for Sea Research (NIOZ) in a short amount of time. At the end of January, it was announced that the larger Wadden and delta ship RV Navicula would be replaced by the new RV Wim Wolff.

In total, the national research fleet consists of three ships and is managed by National Marine Facilities (NMF) at NIOZ. The construction of the oceangoing vessel RV Anna Weber-van Bosse, the intended replacement for the flagship RV Pelagia, is currently under preparation.

This vessel must meet important design requirements that make it suitable for sailing in shallow water and for regularly grounding on the sandbanks of the Wadden Sea. The sandbanks on the Wadden Sea fall dry daily due to the changing tides. The tidal movement causes differences in water level of sometimes more than three metres.

In addition to the technical sailing requirements, the weight of the ship in relation to its strength is an important design requirement. Prior to construction, extensive research will be carried out into weight saving measures, without compromising on functionality.

The hull and superstructure will be built out of seawater-resistant aluminium. The dimensions of the Adriaen Coenen are 19 by 5 metres with a maximum draught of 1 metre. Its sailing weight is a maximum of thirty tonnes.

The vessel will be certified under ES-TRIN zone 2 as floating equipment. A large A-frame that can lift weights up to 4000 kg will be placed on the aft deck. Propulsion is by two engines with water jets.

The ship has a low fuel consumption due to low hull resistance in the water. This was achieved with CFD (computational fluid dynamics) calculations and weight savings. In the design of the systems, attention was also paid to limiting energy consumption, such as heat recovery, LED lighting, movement switches, solar panels and insulation.

The interior is suitable for taking along twelve people in addition to the crew, such as scientists, researchers and passengers. For research purposes, the ship is equipped with equipment that can scan and look into the seabed. There are various instruments on board for sampling and research.

The new research and support vessel for the Wadden Sea will be launched in the spring of 2022.