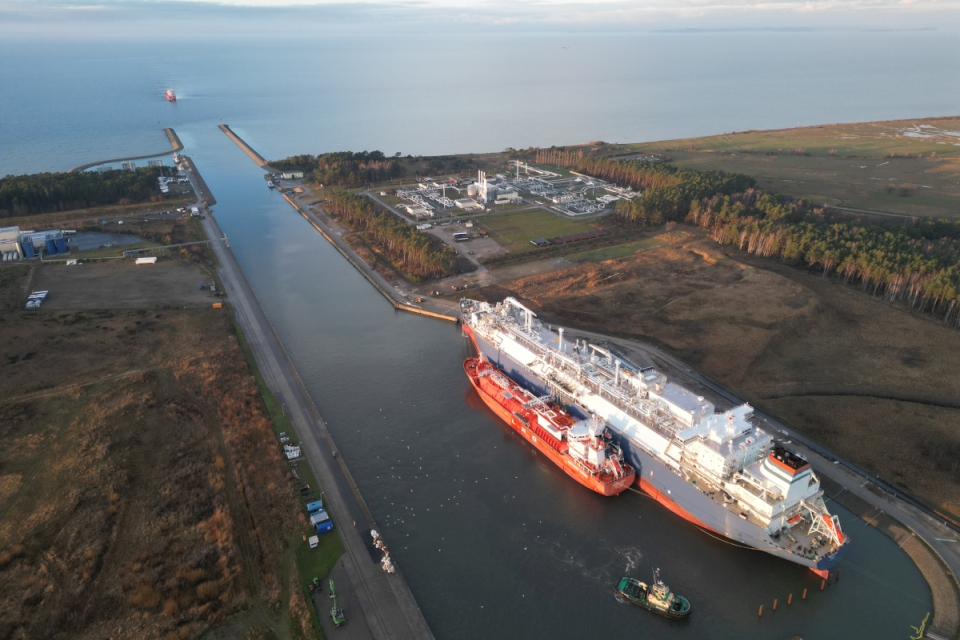 Anthony Veder has committed three LNG carriers to Deutsche ReGas (DRG) for its new floating LNG terminal in Lubmin, Germany, and took a participation in the same terminal. The floating storage and regasification unit (FSRU) serving as terminal was officially launched Saturday 14 January.

With three 10,000-m3 multi-purpose gas carriers, the Anthony Veder vessels will serve as a shuttle, loading LNG at the floating storage unit (FSU) located off the German coast and discharging at the FSRU in the small port of Lubmin. The operation will be performed with the following LNG carriers from the Anthony Veder fleet: Coral Furcata, Coral Favia and Coral Fraseri.

The shipowner says it has also taken a minority share in the Deutsche ReGas LNG terminal to strengthen and expand its activities.

‘We are proud that we have been selected by Deutsche ReGas for supporting in their floating LNG terminal,’ says Jan Valkier, CEO Anthony Veder. ‘As integrated shipowner with extensive experience in ship-to-ship operations worldwide, we are looking forward to collaborating with all parties involved to successfully bringing LNG via this new distribution route to Germany.’

Anthony Veder was established in 1937 and as a shipowner and port agent. Today, it is a gas shipping company. It specialises in the transport of liquefied petroleum gas (LPG), liquefied natural gas (LNG) and petrochemical gases, such as ethylene and propylene. The fleet of about thirty vessels consists of semi-pressurised/fully refrigerated gas tankers, liquified ethylene gas carriers, combined ethylene/LNG carriers and dedicated LNG carriers.