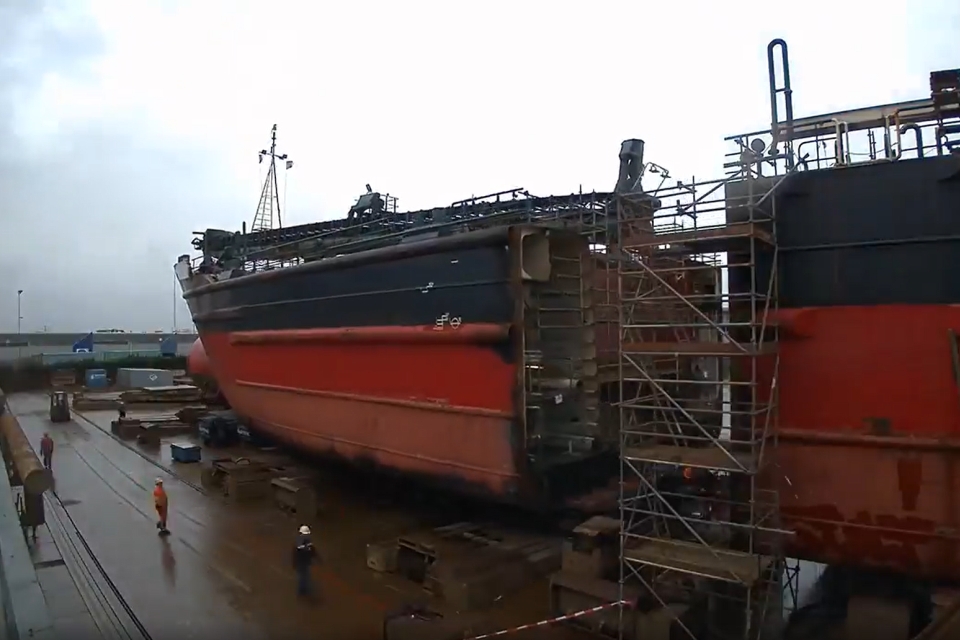 Want to see how you insert a 37-metre section into an existing ship? Kooiman Hoebee did just that with the trailing suction hopper dredger Swalinge last year. The Dutch shipyard has now released an extensive timelapse of the work.

The Swalinge has been refitted several times since its first launch in 1977. After delivery is 1977, it was used as a coaster until 1996. It was then converted into a trailing suction hopper dredger at Kooiman Marine and fitted with, among other things, a dewatering system to allow dry pumping of cargo.

At the beginning of 2022, De Swalinge again underwent the necessary work at Shipyard Kooiman Hoebee. Among other things, the ship was completely cut in half to add a section in between. This increased the vessel’s length by over 37 metres, from 82.20 metres to 119.20 metres, thereby increasing its hopper capacity from 1800 m3 to 3000 m3.

Besides the extension at the Kooiman yard in Dordrecht, the vessel was also rebuilt in other areas. For instance, the vessel was fitted with two spud poles and a second bow thruster. In addition, a nozzle was fitted around the propeller, as well as a newly designed bulb stern. As the dredging installation has also been fitted with a new hydraulically adjustable screening system, the Swalinge’s deployability has been optimised.

The vessel hit the water again in April 2022. Watch the timelapse video by Kooiman below (the picture at the top is a still from the same video).