DFDS to make use of shore power in Rotterdam 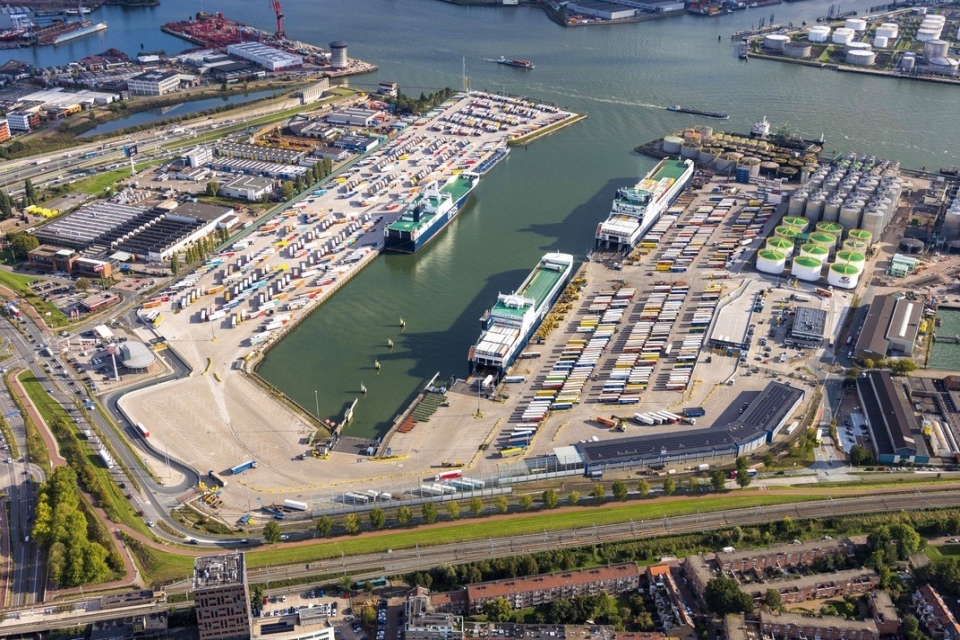 By the end of 2023, part of the DFDS ships that dock in Vlaardingen will receive electricity via a shore power installation. Rotterdam Shore Power BV, a joint venture of Eneco and the Port of Rotterdam Authority, will supply this shore power.

For now, Jinling roll-on-roll-off vessels for scheduled service to and from Immingham will use the shore power installation. The installation will be constructed by Actemium and has been partially made financially possible by subsidies from the central government and the province of South Holland.

Reduction of emissions and noise pollution

The use of shore power for the berth of the Jinling roll-on-roll-off vessels is in line with the sustainable ambitions of DFDS aimed at reducing NOx and SOx emissions. The other two berths will be considered for shore power at a later stage.

The estimated CO2 reduction resulting from the investment is approximately 2,100 tonnes on an annual basis. In addition, shore power also contributes to air quality by reducing particulate matter and nitrogen emissions and reduces noise pollution.

The shore power installation has a capacity of 1.8 MW (the energy equivalent of nearly 1500 households) and is expected to provide 3.5 GWh per year of electricity.

The shore power facility consists of a converted 40-foot container containing electrical equipment that makes electricity from the public power grid suitable for use aboard the vessels. A cable management system will physically bring the electricity from the wharf aboard the ship with a cable and a plug. A remote control will enable the operation of the crane on the quay from the ship, so that the cable can be taken on board and then connected.

Shore power is a crucial pillar of the sustainability strategy for the Rotterdam port cluster. At least ninety per cent of the ferries, and offshore, cruise, container and roll-on-roll-off vessels in Rotterdam must use shore power by 2030. This will save emissions of about 200,000 tonnes of CO2 and 2500 tonnes of nitrogen. This means a big step towards an increasingly clean and future-proof port.

The shore power project contributes to DFDS’ commitment to achieve net-zero CO2-emissions by 2050. One way to achieve this green transition is to invest significantly in sustainable solutions, including the target of 45 per cent CO2 reduction within DFDS’ Ferry business.