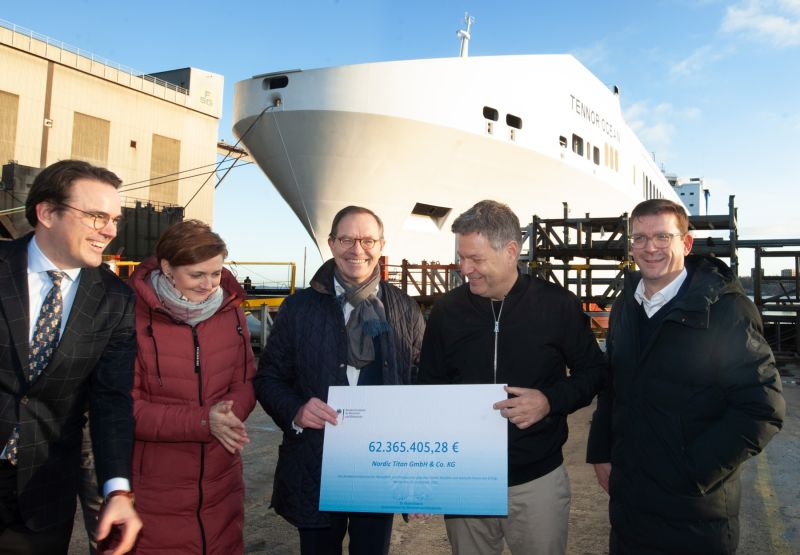 FSG will thus continue to be an important driver of the European maritime energy transition in the future. This is because the subsidised ships make a significant contribution to the availability of alternative fuels in the European port infrastructure and thus create a prerequisite for the large-scale start of green shipping.

‘A great sign that the German government is shaping and advancing the energy transition in the maritime sector with concrete results,’ emphasised Philipp Maracke, Managing Director of FSG-Nobiskrug Holding.