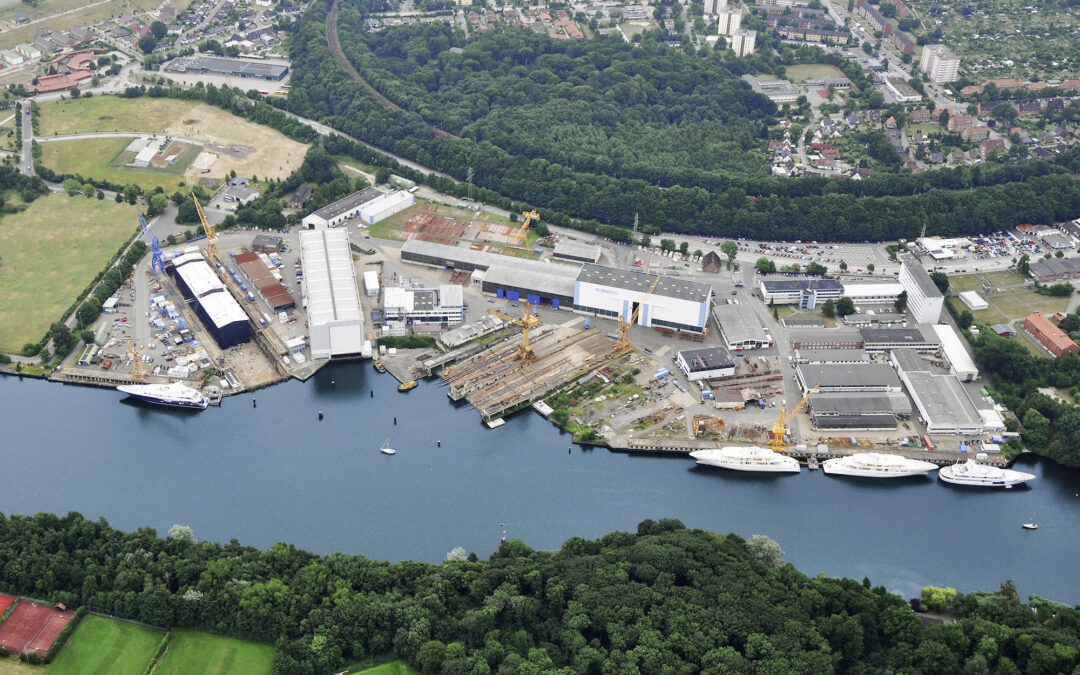 Shipyard Flensburger Schiffbau-Gesellschaft is taking over the insolvent superyacht builder Nobiskrug in Rendsburg. The contract was notarised on 16 July, after the creditors’ committee had given their consent. Almost all of the 300 shipbuilding jobs at the shipyard will be retained.

Nobiskrug specialises in the construction of superyachts such as the Sailing Yacht A and Artefact and filed for insolvency on 12 April 2021. As a result, insolvency administrator Hendrik Gittermann from the Hamburg law firm Reimer, together with the consulting firm PwC, immediately initiated an extensive international investor search process. The deal with Flensburger Schiffbau-Gesellschaft (FSG) means the future of the shipyard has been secured within three months of filing for insolvency.

Flensburger Schiffbau-Gesellschaft (FSG) is part of Tennor Group founded by German entrepreneur Lars Windhorst. It will be fully responsible for the operational business as of August 2021 and will then commence with the construction of superyachts under the Nobiskrug brand in Rendsburg. The acquisition has made it possible to retain almost all of the approximately 300 shipbuilding jobs and all apprenticeships.

FSG adds superyachts to its portfolio

‘The interest in the traditional Rendsburg company was enormous,’ says Gittermann. ‘Nobiskrug has a legendary reputation in the yacht scene, roughly comparable to that of Bentley or Rolls Royce among car enthusiasts. I am therefore all the more pleased that the months of talks and negotiations with shipyards, private investors and investment companies have led to this result. The deal that has now been signed serves the interests of the creditors, the employees and the entire maritime industry in northern Germany in an ideal way.’

FSG is a company of the Tennor Group, whose founder, Lars Windhorst, says about the acquisition of Nobiskrug: ‘This is an important strategic step for us. Nobiskrug opens up access to the attractive growth market of superyacht construction. The renowned shipyard stands for innovative and ecologically demanding individual shipbuilding like few others. FSG remains the core of our maritime investment with the construction of merchant and naval vessels, which we are now expanding to include the construction of superyachts.’

The parties have agreed not to disclose the purchase price.

The steel construction department of Nobiskrug is not included in the deal. This part of the company, which, among others, is responsible for the construction, maintenance and repair of the lock gates of the Kiel Canal, will be continued with around 25 employees by insolvency administrator Gittermann until another investor is found for it.