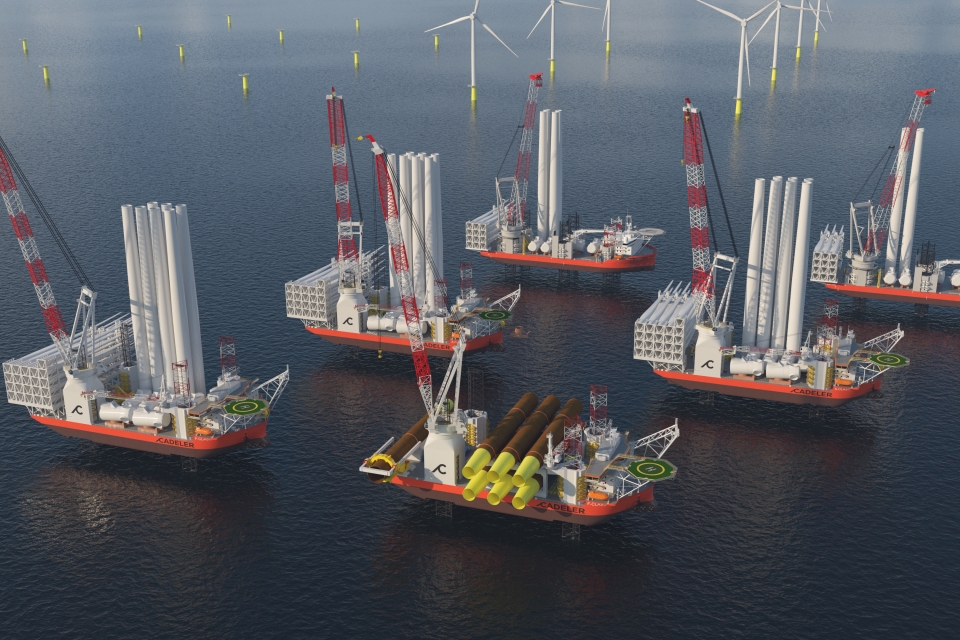 The order for the engines was awarded by the Chinese shipbuilder, COSCO Heavy Industries, in Qidong, which is building the jack-ups for Danish offshore service provider, Cadeler. The four vessels are scheduled for delivery from 2024 through 2026.

X-class vessels are designed to operate at some of the most difficult sites around the globe with a deck space of 5600 m2, a payload of over 17,600 tonnes and main crane capacity >2000 tonnes at 53 metres. The F-class has similar specifications, but is flexible and can be quickly converted from a foundation-installation unit to a wind-turbine-generator installation vessel.

The F-class jack-ups will be able to transport and install seven complete 15-MW turbine sets per load or six sets of 2XL monopile foundations per round-trip – a substantial improvement in efficiency over existing vessels. The vessels will also feature a unique design that enables their conversion from foundation-installation to wind-turbine-installation vessels (WTIVs).

Each vessel will feature an engine configuration based on a mixed MAN medium- and high-speed engine concept. As a result, the newbuildings will have the greatest lifting capacity of any vessel ever seen in the field in line with the growing size of modern wind turbines. Each engine will also feature SCR (Selective Catalytic Reduction) and meet IMO Tier III emission standards.

‘This is a unique application that will set a new standard for offshore turbine installation and sustainable marine operations, as well as being a great showcase for our mixed-engine concept,’ says Elvis Ettenhofer, Head of Marine Four-Stroke APAC, MAN Energy Solutions. ‘With its reliability and long times between overhauls, the 175D has the DNA of a medium-speed engine, which is why it matches so well with our 32/44 units.’

Picture: The Cadeler fleet of jack-ups including the X-class and F-class (by Cadeler).