Always perform a lifeboat lowering test before putting crew on board 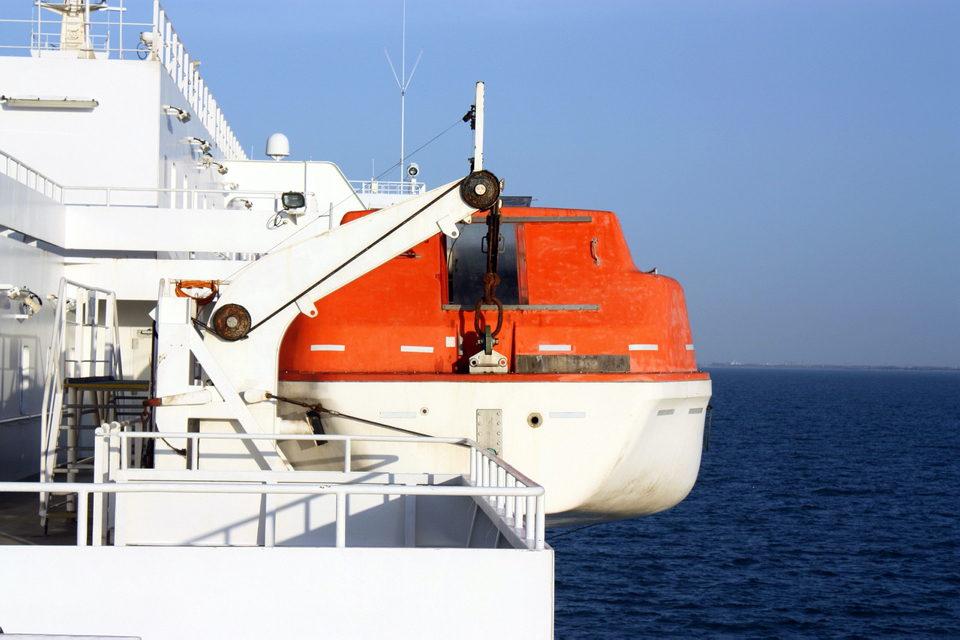 A vessel’s lifeboat with crew on board was being lowered to the water when the remote control lowering wire suddenly parted. Poor winch wire spooling under the outer layers led to a wire kink, creating a weak spot that contributed to the wire failure. The Nautical Institute discusses the incident in its latest Mars Report and gives tips to prevent such incidents.

The consequences in this instance were not serious, as the broken wire simply meant the brake was re-applied. However, had this been a real abandon ship, the consequences could have been more serious.

The lifeboat stopped lowering and swung erratically above the embarkation deck. Seconds later, the swinging motion caused the wire to regain tension. This lifted the winch brake arm and caused the lifeboat to lower again, still swinging.

As the lifeboat swung, the skeg keel caught on the deck edge, and the lifeboat listed by more than 90°, as seen in the photo. A crew member on deck quickly activated the winch brake lever to save the situation. Had the lifeboat inverted further, the consequences could have been catastrophic.

An internal company investigation identified that the crew did not follow existing company policy, which required a test lowering without crew prior to embarking crew. The company’s policy is based on the recommendations contained within MSC.1-Circ.1578, Guidelines on Safety During Abandon Ship Drills Using Lifeboats.

While a “test lowering” may not have prevented these incidents, it would have provided an opportunity to identify the poor spooling of the wire and prompted corrective action without risk to crew.

Advice from The Nautical Insitute

Ship’s crew should conduct a thorough visual inspection of lifeboat launching systems and perform a test lowering before carrying out operations with crew on board. Pay special attention to the following inspection points: