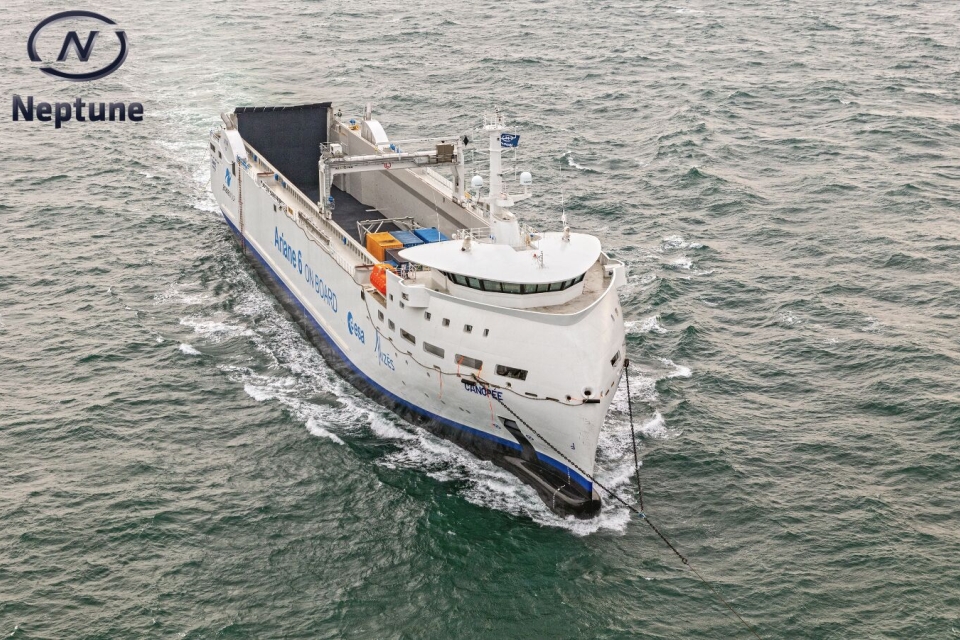 In October, the sailing freighter Canopée arrived in the Netherlands to be completed at the Neptune Marine yard in Hardinxveld-Giessendam. The vessel has now left again to perform its sea trials.

The vessel was built at the Partner Stoczina shipyard in Szczecin, Poland, where it was launched on 28 June. Dutch Neptune Marine won the contract to build the sailing cargo ship, which will transport Ariane 6 rockets, in January 2021.

This week, the Dutch shipbuilder released the video below showing the Canopée in darkness as it was about to set out for sea trials.

The 121-metre-long ship will be equipped with four 30-metre-high Oceanwings, which are yet to be placed on board. The Oceanwings sail panels will cover an area of 375 square metres each and should save around 35 per cent on fuel consumption.

According to the French client Alizés, the Canopée is a prototype, but it is not clear how many ships in total will be built. Groot Ship Design supplied the naval architecture and all engineering for steel construction.