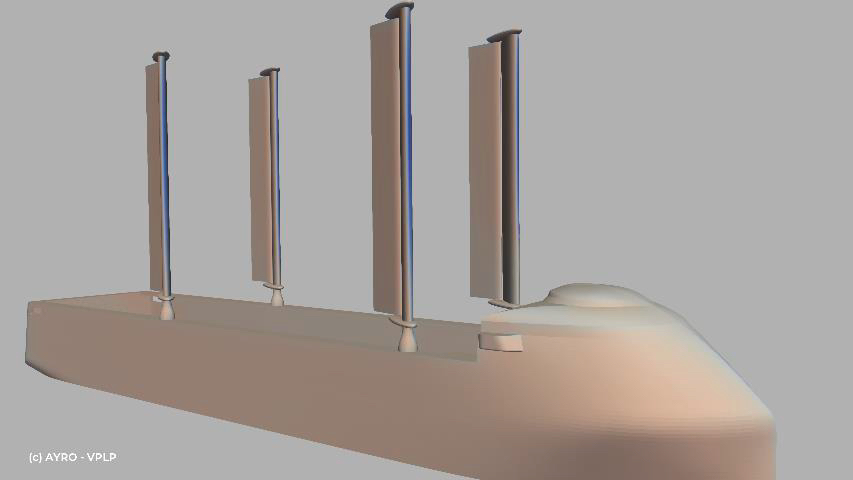 Ayro has received an Approval in Principle for its Oceanwings 3.6.3 wind assisted propulsion system for ships from DNV GL. This wind propulsion component will be used on the Canopee vessel designed to transport rocket parts for the Ariane 6 space vehicle.

As incoming maritime regulations are ramping up, the pressure to improve sustainability and reduce emissions is increasing. The Oceanwings 3.6.3 system enables the maritime stakeholders to significantly reduce their greenhouse gas emissions and improve their EEDI or EEXI efficiency index, as part of efforts to comply with the IMO 2030 Greenhouse Gas (GHG) strategy.

The Approval in Principle (AiP) follows ten years of research, a first prototype in 2017, and the industrial demonstrator Energy Observer in 2019. After a review of the main plans and documents of the Oceanwings 3.6.3 system against the relevant DNV GL rules for the classification of ships, the classification society was able to issue an AiP confirming that no significant obstacles exist to prevent the concept from being realised.

The wind propulsion system is a 363-m2 two-elements wingsail several of which can be installed on board cargo vessels. Ayro is now manufacturing four Oceanwings to be fitted on the Canopée, a ro-ro vessel under construction. This hybridisation system for the propulsion of ships is applicable for both newbuildings and in the retrofit of existing ships.

‘This AiP award is a significant step in the development of Ayro and we are happy to have passed the first step of the on-going certification process of our wingsail,’ says Ludovic Gérard, CEO. ‘This is the result of the work of the entire technical team over the past few months. The Oceanwings 3.6.3 are suitable for most types of cargo vessels. We continue to receive a lot of enquiries and numerous requests for feasibility studies from shipowners and charterers worldwide, for both retrofits and newbuilding projects. Our mission and vision is to support them in designing their vessels as well as fitting and maintaining the Oceanwings in order to help them meet the challenges of competitiveness and GHG emission reductions.’