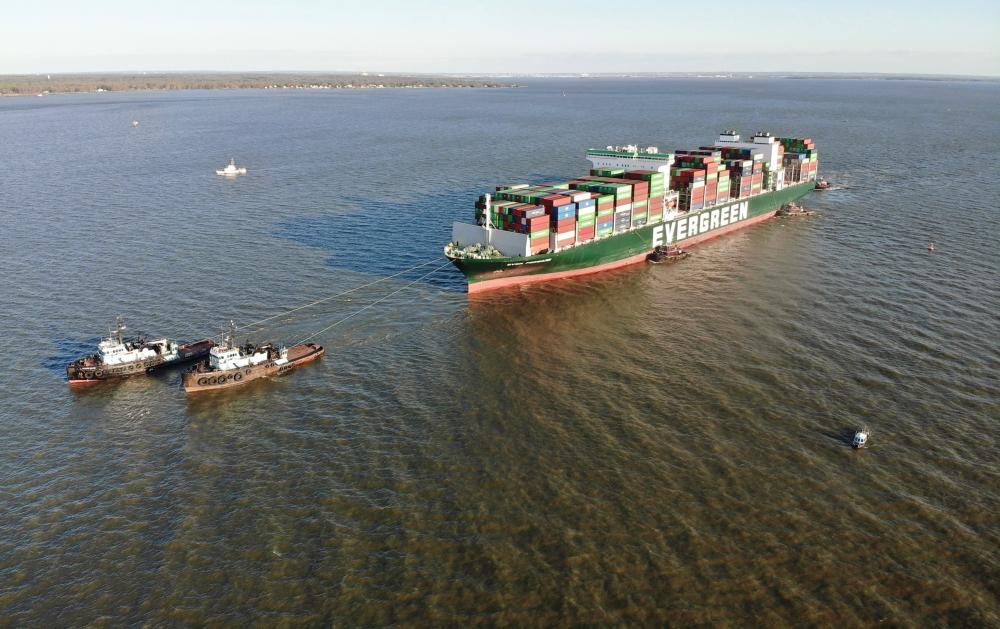 The US Coast Guard (USCG) completed its marine casualty investigation on 6 December into the grounding of the container ship Ever Forward on 13 March 2022. The incident’s causal factors were the pilot’s failure to maintain situational awareness and attention while navigating, and inadequate bridge resource management (BRM).

The 11,850 TEU Ever Forward, a Hong Kong flagged container ship, grounded in the Chesapeake Bay on March 13 while transiting, with 4964 containers aboard, from the Port of Baltimore to Norfolk, Virginia. The vessel missed a turn south and grounded outside of the channel.

Under a Unified Command consisting of the USCG, Maryland Department of the Environment, and Evergreen Marine Corporation, a comprehensive salvage plan to free the ship was developed and implemented. This included dredging to a depth of 43 feet, resulting in 206,280 cubic yards of material dredged, and the removal of 505 containers from the vessel. This freed the Ever Forward on Sunday, April 17, 2022.

Immediately following the grounding, USCG marine investigators began the investigation to determine the factors that led to the Ever Forward grounding and develop recommendations to prevent similar marine incidents from happening in the future.

What happened on board

Approximately thirty minutes before the grounding, the bridge team completed a scheduled watch relief which was comprised of the pilot, the third officer, a deck cadet, and an able-bodied seaman. The master was below decks for the evening meal at the time of the casualty.

As the crew’s officer on the navigation bridge at the time of the casualty, the third officer observed that the pilot was on his mobile phone for approximately half of the two-hour transit. He placed and received numerous calls, texted messages, and draft emails on his personal mobile phone right up until the incident. The pilot was drafting an email on his personal mobile phone in the minutes leading up to the planned turn south, when the vessel sailed through its waypoint and grounded.

Additionally, the pilot admittedly relied solely on the Portable Pilot Unit (PPU) for navigation and was watching playback of a previous transit at the time of the incident.

The third officer correctly understood the pilot to be in direction and control of the vessel, and he felt hesitant to speak up as the purpose of the pilot is largely to act as the local geographic and navigational expert on board the vessel. The third officer and two other members of the bridge team did not directly alert the pilot to the dangerous situation or summon the master, until after the vessel had grounded.

In this case, the ship’s Safety Management System (SMS) dictated that if the vessel experiences difficulty maintaining course or any doubts arise in regard to the vessel’s situation, the officer on watch shall call the master. All officers were required to review and sign that they understood this instruction.

Also read: Container removal from Ever Forward expected to be completed on April 15

Recommendations regarding situational awareness and mobile phone use

Coast Guard investigators identified the following prudent measures to be implemented on vessels in similar service to mitigate the risks associated with the above identified contributing factors:

Picture: The Ever Forward being refloated (by USCG).