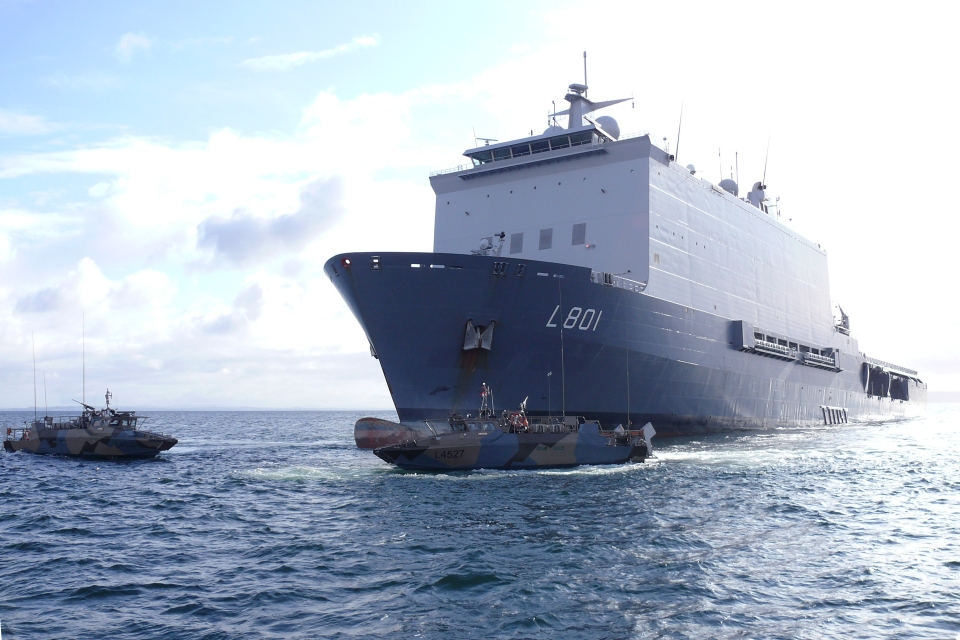 The Royal Netherlands Navy’s HNLMS Johan de Witt has left Damen Naval’s dry dock ahead of schedule. The Landing Platform Dock (LPD) is undergoing extensive modifications as part of its Midlife Update and Planned Maintenance and went into dry dock at the start of July 2022.

Since March this year, some 200 people have been working on the ship daily. The vessel has now been moored along the quay at the Damen Naval Shipyard in Vlissingen for the remainder of the work and will stay there until April next year.

HNLMS Johan de Witt is an amphibious transport ship and entered into service on 30 november 2007. It forms a combination of an airport, port, car park, hospital, hotel and communication centre. The ship measures 176.35 x 29.20 metres.

The Johan de Witt is one of two amphibious transport ships of the Royal Netherlands Navy. HNLMS Rotterdam is the sister ship. They are also called Landing Platform Docks (LPD).

Fast boats and helicopters transport units and equipment to and from the mainland or other ships. Like the Rotterdam, the Johan de Witt can carry a full battalion of marines and equipment. In addition, the LPD has extensive facilities for command and control from the ship.