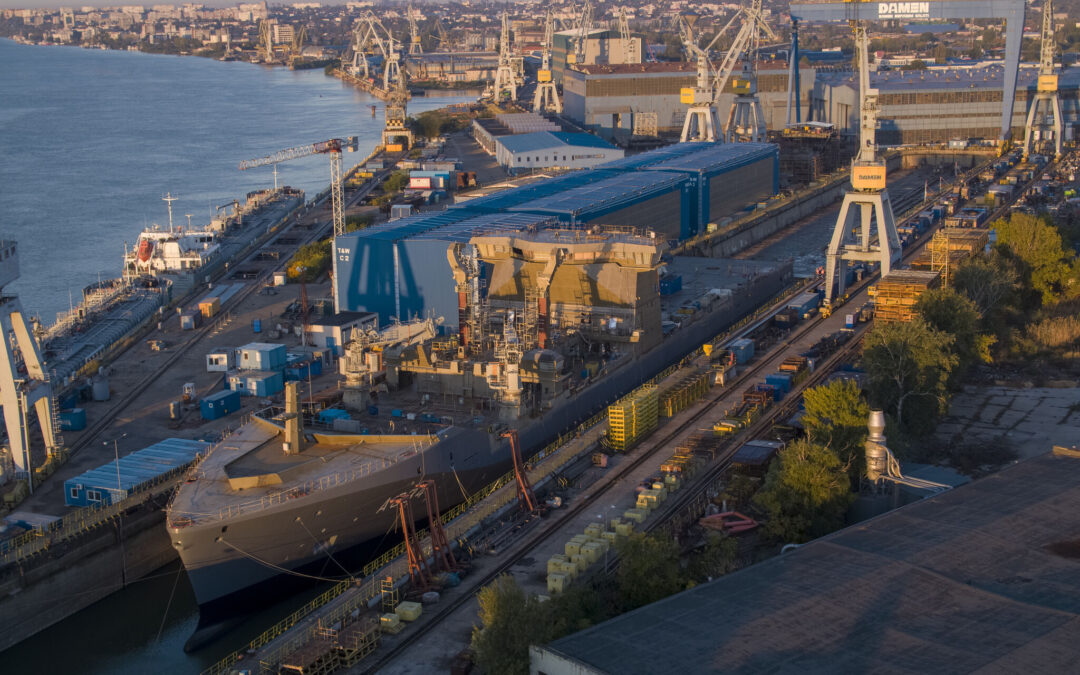 The Dutch navy’s new Combat Support Ship Den Helder is taking more and more shape at Damen’s Romanian yard in Galati. Just over a week ago, the vessel was moved to a deeper part of the dock and floated.

Over the past six months, a lot of hard work has gone into connecting the hull sections together. The major project is on schedule, says the Dutch Defence Materiel Organisation. The floating of the vessel in the dock represents a key moment in the construction of the Royal Netherlands Navy’s new supply ship.

In the deeper dock, work can continue. For instance, in the coming period, construction will continue more upwards from the helicopter deck. As a result, the ship will be deeper in the water.

Once the steel construction and painting work is complete, relocation to a quay will follow. Once moored there, it will be time for installation work, commissioning and testing. By then, the future crew will be preparing to make a trial run with the ship. That trip is expected to be in early 2024.

The vessel will measure 179.5 x 26.4 metres. It will be fitted with a diesel-electric propulsion installation for a top speed of 20 knots.

Pictures by the Defence Materiel Organisation, video by the Royal Netherlands Navy.