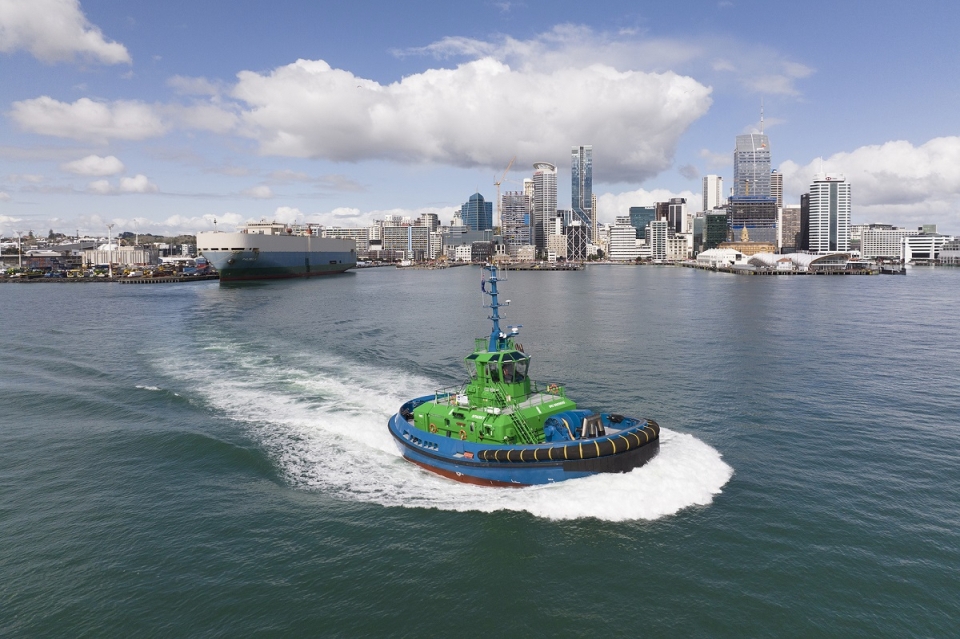 American TIME Magazine has placed Damen’s first fully-electric harbour tug Sparky on its Best Inventions List 2022. As far as is known, this is the only Dutch invention on the list. The tug, an RSD 2513 design by Damen, is now deployed in the Ports of Auckland in New Zealand.

The TIME Best Inventions List is compiled by editors and correspondents around the world. Special attention is given to emerging sectors, such as electric vehicles, renewable energy and the metaverse. TIME Magazine then evaluated each candidate based on a number of factors, including originality, effectiveness, ambition and impact.

Sparky is joined on the 2022 list by other innovations such as the IBM Two-Nanometer Chip, the smallest chip ever, Canada’s Molli Surgical, which has developed equipment for precision surgery to fight breast cancer, and MethaneSAT, which uses a satellite to detect methane leaks.

Both Damen and Ports of Auckland are proud of the award. ‘She is the world’s first electric tug with such a large capacity,’ says Ports of Auckland CEO Roger Gray. ‘We are taking a concrete step toward the decarbonisation and emission reduction of our port operations with this.’

Sparky charges in just two hours and can then work for hours to support four large ships in Auckland Harbor with its 70-tonne towing capacity before the batteries need to be recharged. Sparky is expected to save 465 tonnes of CO2 emissions annually. In addition, this electric tug is low-noise, vibrates much less, and its expected operating costs are less than a third of those of a diesel tug.

TIME’s Best Inventions List can be found at: time.com/best-inventions-2022.