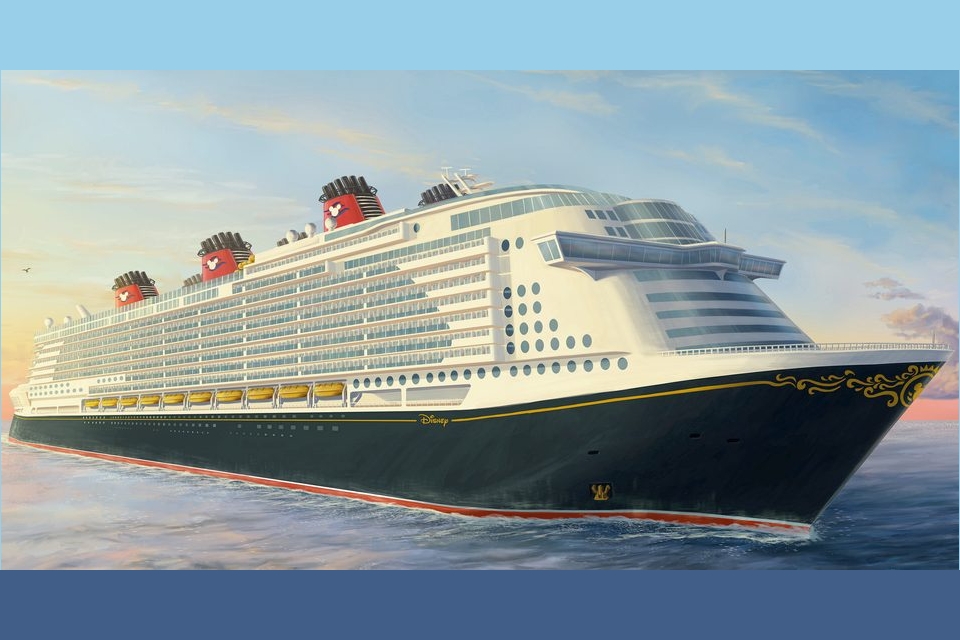 Disney Cruise Line has acquired the partially completed cruise ship Global Dream and has contracted Meyer Werft to finish it. The ship had been under the care of an administrator after MV Werften filed for bankruptcy in January 2022. It will now set sail in 2025 and is to be fuelled by green methanol.

MV Werften began building the Global Dream as the first of the Global class in March 2018 for Genting Hong Kong. The class would consist of two vessels and would sail for Genting’s subsidiary Dream Cruises. The keel was laid in Rostock in September 2018, after which the ship was towed to the dry dock in Wismar for completion.

However, after Genting Hong Kong ran into financial difficulties, it dragged MV Werften with it into bankruptcy in January 2022. Although construction of the second Global class cruise ship, provisionally named Global Dream II, was also well underway, the administrators failed to fund a buyer and it was sold for scrap.

This will not be the fate of the Global Dream now that Disney Cruise Line has stepped in and acquired the ship. The company says it acquired the ship at ‘a favourable price’. Disney will work with cruise ship builder Meyer Werft to complete the Global Dream in Wismar, Germany. The ship will be renamed with certain features reimagined under the expertise of Walt Disney Imagineers and is expected to set sail in 2025.

‘Our cruise ships give us the unique opportunity to bring Disney magic to fans no matter where they are, and the addition of this ship will make a Disney Cruise Line vacation accessible to more families than ever before,’ says Josh D’Amaro, chairman, Disney Parks, Experiences and Products.

The new ship will be based outside the United States. The exterior will be adorned in the iconic, Mickey Mouse-inspired colors of the fleet, complete with signature red funnels.

Although the MV werften location in Wismar has already been sold to Thyssenkrupp Marine Systems, which plans to build submarines there from 2024, German newspaper Der Spiegel reports that the insolvency administrator, Christoph Morgen, has leased back the shipyard site in Wismar from the new owner until the end of 2023.

Morgen has also agreed with the company that the Global Dream can be temporarily parked at the outfitting quay in the following year.

The 208,000-gross-tonne ship is expected to be among the first in the cruise industry to be fuelled by green methanol, one of the lowest emission fuels available.

Disney Cruise Line expects the passenger capacity to be approximately 6000 with around 2300 crew members. This is markedly less than what Genting planned for the Global Dream. Genting wanted to accommodate 9500 people on the ship

The Disney Cruise Line fleet sails to destinations in the Bahamas, the Caribbean, Europe, Alaska, Mexico, Canada, Hawaii and the South Pacific, and recently announced first-ever vacations for guests in Australia and New Zealand beginning in late 2023.