IFAW argues for speed limit for ships in EU waters 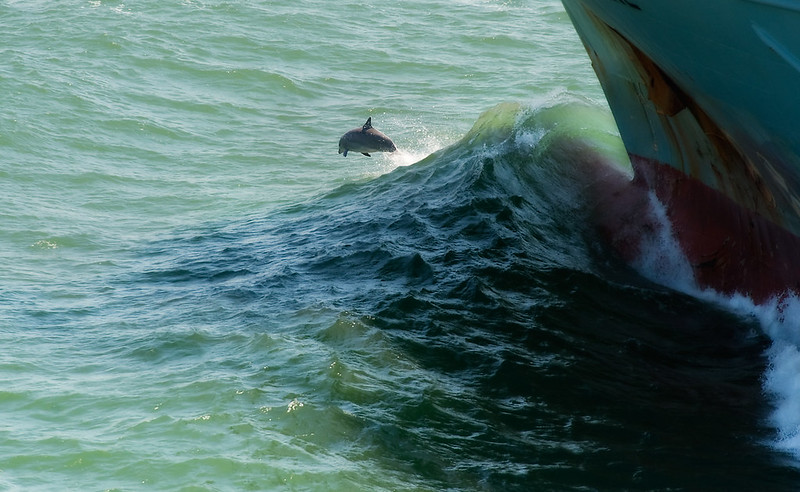 A speed limit for commercial ships in European Union waters could bring an estimated EUR 3.4-4.5 billion in socioeconomic benefits. In addition, it reduces underwater noise, the risk of ships colliding with whales and greenhouse gas emissions. This follows from a study conducted by CE Delft for the International Fund for Animal Welfare (IFAW).

‘Over the last several decades both underwater noise and greenhouse gas (GHG) emissions from the shipping industry have been creeping up to unsustainable levels. Underwater noise pollution is detrimental to marine species, particularly marine mammals but also fish, crustaceans and invertebrates. Whales are also being killed in collisions with fast travelling ships,’ explains Sharon Livermore, Director of Marine Conservation for IFAW.

She adds: ‘All of these threats can be reduced by lowering ship speeds — we call these “Blue Speeds”. Additionally, this new study shows that slightly reduced ship steaming has enormous economic benefits. The shipping industry benefits, people benefit from cleaner air and marine life will benefit from a healthier ocean. This is all achievable with a relatively small change.’

The economic study found the EU can implement a limitation of ship speeds to 75 per cent of ship design speed. This would allow a differentiated approach for each ship category that usually sail at different average speeds and are designed for specific speed windows.

The study also shows that about forty per cent of all ship’s categories already sail at Blue Speeds, so at or below 75 per cent design speed in European waters. Overall, the average speed would have to be lowered by five per cent on a fleet level.

‘Such a comparatively small change for the shipping industry would have a significant positive impact on the environment. Therefore, we call on the EU institutions to adopt policies introducing Blue Speeds for commercial ships — an EU-wide measure for the implementation of slower ship speeds as a condition of entry into European ports,’ explains Livermore.

‘Regulated ship speeds are a feasible way to address several threats to the ocean and marine life with one solution,’ says Luena. ‘This initiative would clearly be a good and timely contribution to the EU commitment to achieve Good Environmental Status in its waters.’

Paulus adds: ‘Shipping has a considerable impact on our ocean, but is also critical for the transportation of goods around the world. Until we have global regulations, the EU must show leadership and set an example of how to make shipping more sustainable.’