Always carry out a risk assessment when working with hot bitumen 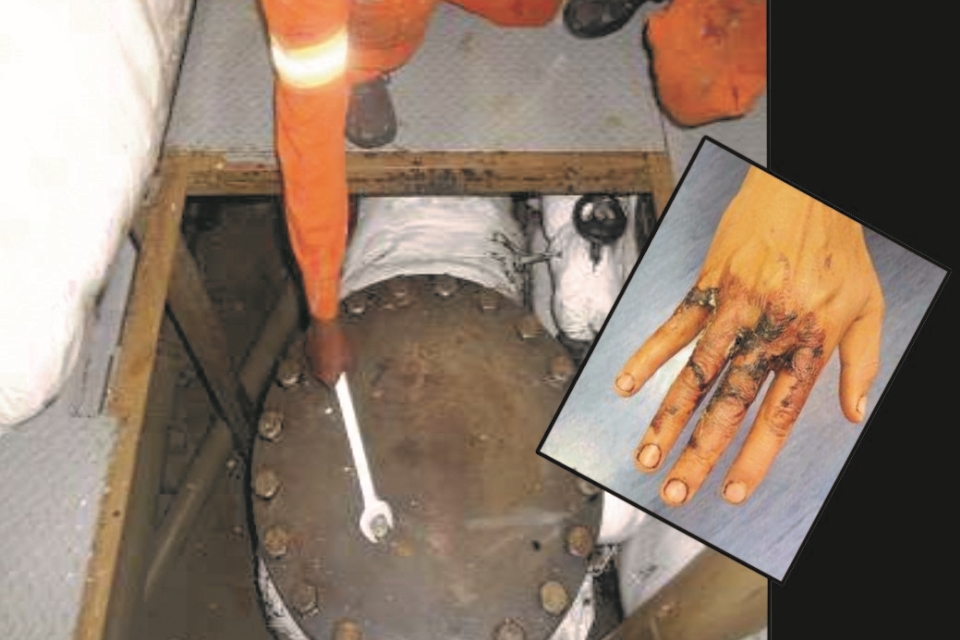 Working with hot bitumen warrants a risk assessment in addition to wearing proper personal protective equipment (PPE). The Nautical Institute gives this advice in its latest Mars Report, in which a crew member suffered burns after failing to do either.

Routine inspection and cleaning maintenance was to be undertaken on a vessel’s fuel pump strainer. In preparation for this task, the secondary heating unit (SHU) had been started the day before to melt the bitumen inside the strainer. Two engine crew were assigned the job, and the SHU was stopped before they began work on the pump strainer.

To begin, one crew member used a spanner to loosen the vent nut on the strainer. As the nut came loose, hot liquid bitumen was ejected from the vent. The bitumen hit the crew man’s right hand causing burns; the crew member was not wearing work gloves. He was immediately brought to the accommodation and given first aid. After consulting the company doctor, he was started on a course of antibiotics as a precautionary measure.