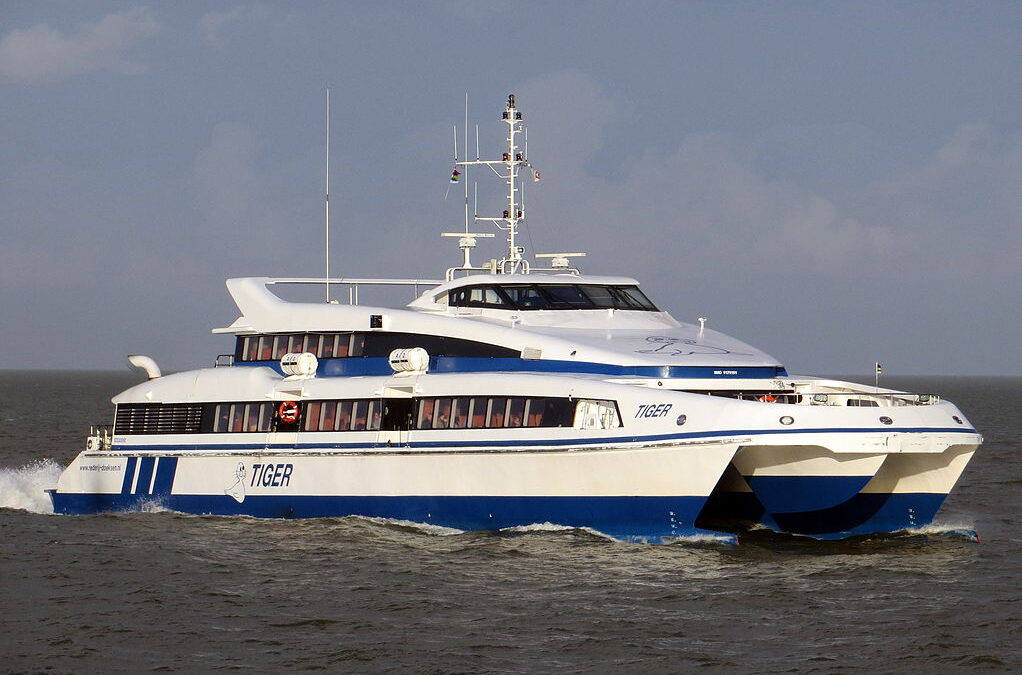 Both the water taxi Stormloper and the fast ferry Tiger were sailing too fast when they collided on 21 October in the Dutch Wadden Sea. This has become clear from freely available sailing data. The accident resulted in two deaths and two people are still missing.

Just before the collision, the Stormloper sailed at a speed of 16 knots (about 29.6 km per hour) and the Tiger at 29 knots (about 53.7 km per hour), data from Marine Traffic shows. However, according to Rijkswaterstaat, which is part of the Dutch Ministry of Infrastructure and Water Management and responsible for the design, construction, management and maintenance of the main infrastructure facilities in the Netherlands, the maximum speed at the location of the collision, the Schuitengat, is 20 km per hour (just 10.8 knots).

Although an investigation is still under way, it seems likely this contributed to the cause of the collision.

It has also become clear that the vessels were aware of each other’s presence. The Dutch newspaper Leeuwarder Courant has reported that an analysis of the VHF radio contact between the Tiger, Stormloper and local traffic services shows that the skippers of the two vessels both knew they were going to pass each other in the narrow Schuitengat channel.

Moreover, AIS footage of the collision has also emerged. This footage has been published on the website of Dutch news medium RTL Nieuws.

The collision took place just after 7 am on Friday 21 October at the Schuitengat, a channel between the Dutch Wadden Islands Terschelling and Vlieland. The Netherlands Coast Guard subsequently launched a major search and rescue operation. Two people were killed in the collision. Two others, including a 12-year-old child, remain missing to this day.

Eight people were on the water taxi, which capsized after the collision. Four of them were rescued by the Skua, a boat belonging to Rederij Noordgat, which was first at the scene. The Arie Visser, a rescue boat of KNRM and the Coast Guard helicopter found two more people. They were given CPR, but unfortunately, to no avail.

Rederij Doeksen’s ferry Tiger took on water after the collision, but was able to sail on under its own power. The 21 people on board and six crew members were taken care of in Harlingen. The boat then travelled on to Damen Shipyards in Harlingen for repairs.

A maritime police team has started a criminal investigation into the collision. The skippers were detained for questioning after the accident according to standard procedure. The Dutch Safety Board is also investigating the incident.