What are the best ways to prevent enclosed space accidents on board ships? 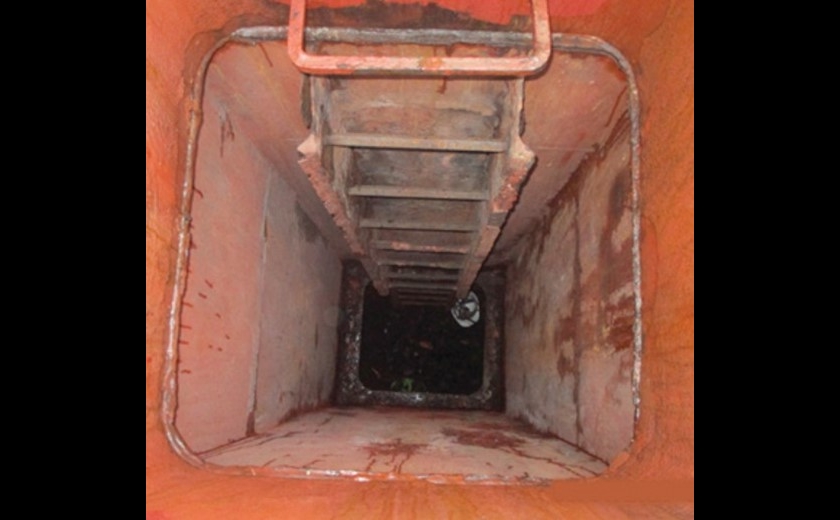 Every year, crew members die as a result of entering an enclosed space with less than adequate oxygen levels. In its latest Mars Report, The Nautical Institute describes another such a sad incident. The institute’s advice on prevention: training and awareness.

A bulk carrier loaded with coal was at berth and crew were preparing to discharge. The bosun, fitter, and deck cadet were to open all the cargo hold hatch covers. After the hatch cover for cargo hold 1 was opened, the fitter told the Bosun that he needed to enter the access way to hold 1 to retrieve an air nozzle which he had dropped while clearing the hatch coaming at the previous port.

The bosun and fitter opened the aft access hatch to cargo hold 1, but the bosun told the fitter to wait at least twenty minutes before entering. Some time later, the deck cadet walked by the cargo hold and looked into the open hatch. He saw the fitter lying motionless below on the coal close to the access ladder. He immediately notified the bosun using his portable radio. The bosun quickly arrived on scene and, without raising the alarm, went directly down the access ladder in an attempt to rescue the fitter. Shortly after entering the cargo hold, the bosun lost consciousness.

The chief officer heard the deck cadet’s radio transmission and went to the access hatch. He immediately recognised the need to carry out an enclosed space rescue. The alarm was raised and crew members assembled and donned breathing gear. The two victims were extricated; the bosun regained consciousness after being brought on deck, but the fitter was not breathing and had no pulse. Despite resuscitation efforts, the fitter was pronounced deceased at a local hospital.

Among other things, the investigation found that:

Some of the initiatives taken after the investigation: