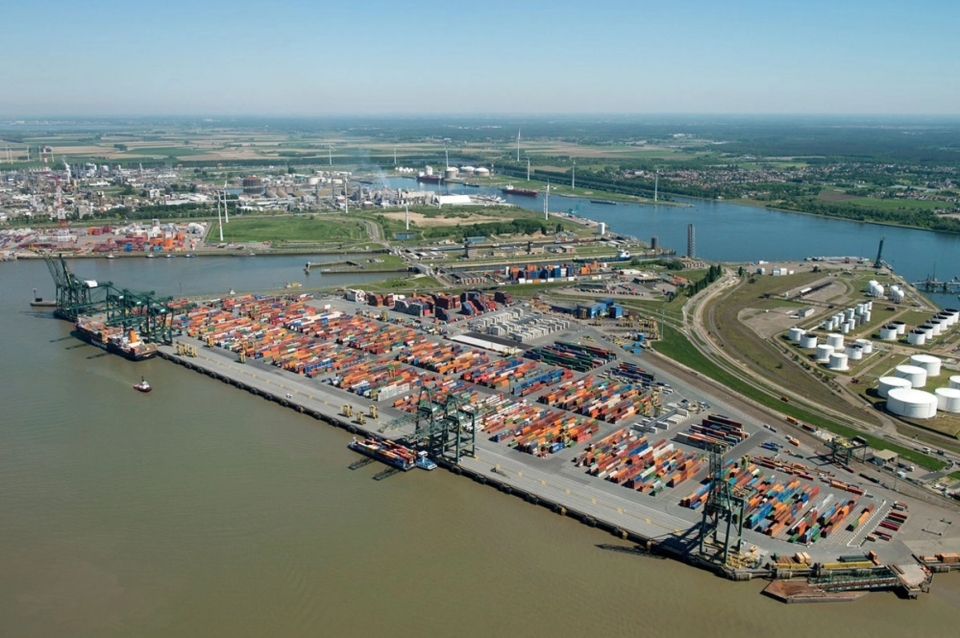 Boskalis, together with partners Artes Roegiers, Artes Depret and Herbosch-Kiere, will renew the Europa Terminal in Antwerp, Belgium, for client Port of Antwerp-Bruges. The works are to ensure that the port can continue to receive the largest container ships and will increase capacity by a third.

The work, which officially commenced last Friday, 7 October, will take nine years and will be carried out in three phases, taking maximum account of nature and the environment. The project carries a total value of EUR 335 million.

Also read: Boskalis to be delisted as of 9 November 2022

Global container congestion calls for more efficient space for handling containers for larger ships. For this reason, the current draught of ships that can moor at the quay wall of the Europa Terminal will be deepened from 13.5 metres to the maximum draught of approximately 16 metres.

As the renewal requires extensive maritime works and to keep the terminal operational, the project will be executed in three phases, spread over nine years. The current quay wall will be broken down and replaced by a new wall of 1200 metres. A temporary water retaining structure will ensure that no parts of the old quay wall enter the Scheldt and will protect the works from passing ships and the river tides.

According to Boskalis, the three phases have been carefully planned based on the expected shipping traffic in the coming years.