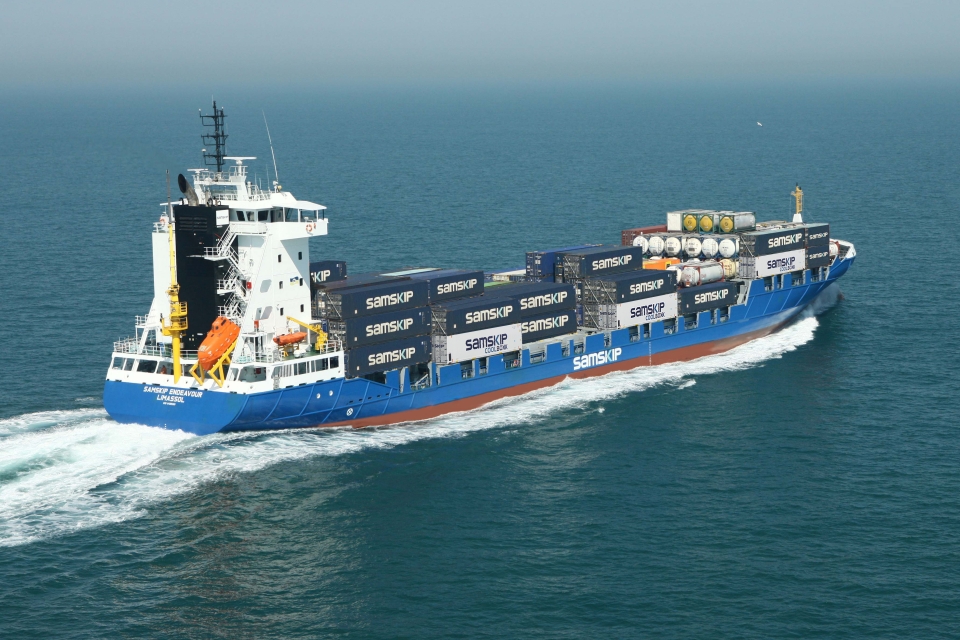 Samskip is making carbon capture a part of its integrated plan for decarbonising shipping, after choosing the Value Maritime Filtree gas cleaning solution for the container ships Samskip Innovator and Samskip Endeavour. For ships running on conventional marine fuels, the Filtree system captures thirty per cent or more of CO2 emissions.

Carbon capture is complementary to other parts of Samskip’s maturing strategy for decarbonisation.

‘We work closely with freight owners who prioritise sustainability and whose end consumers hold them to account,’ says Erik Hofmeester, Head of Vessel Management, Samskip. ‘Samskip Innovator and Samskip Endeavour, for example, run between the UK and the Netherlands on bio-fuels, which already cut CO2 by ninety per cent. Using the Filtree system in addition will allow us to offer our first carbon neutral shortsea services.’

Other strands of Samskip’s sustainability strategy include a project to build two emission-free “SeaShuttle” ships powered by 3.2-MW hydrogen fuel cells, and a battery-powered barge initiative.

Laurens Visser, Commercial Manager, Value Maritime: ‘Ship operators can remain compliant while using lower cost, higher-sulphur fuel, for example. Others may be planning ahead for future regulations on CO2 and want to ensure that the technology they choose has been proven in service.’

Due for commissioning in early 2023, each Samskip installation will feature a gas cleaning unit behind the ship funnel, with recovered CO2 pumped to a 10-MW CO2 battery set housed in ISO tank containers and carried on deck. Charged during the voyage, these batteries are unloaded in port, with Value Maritime trucking them to CO2 consumers such as greenhouses for discharge, then returning them empty for the next voyage.

As a multimodal transport provider, Hofmeester said the CO2 logistics aspect of the Value Maritime solution was highly appealing to Samskip. ‘We haven’t seen anything like Filtree carbon capture technology out there, but reusing the CO2 by delivering it to greenhouses – that’s something really special,’ he says.

‘Carbon capture technology can make a significant contribution for owners seeking to reduce their carbon footprints now,’ adds Visser. ‘We are making a “green circle” for ship owners and freight shippers by recycling the CO2, and offering certificated accountability on greenhouse gas reductions.’