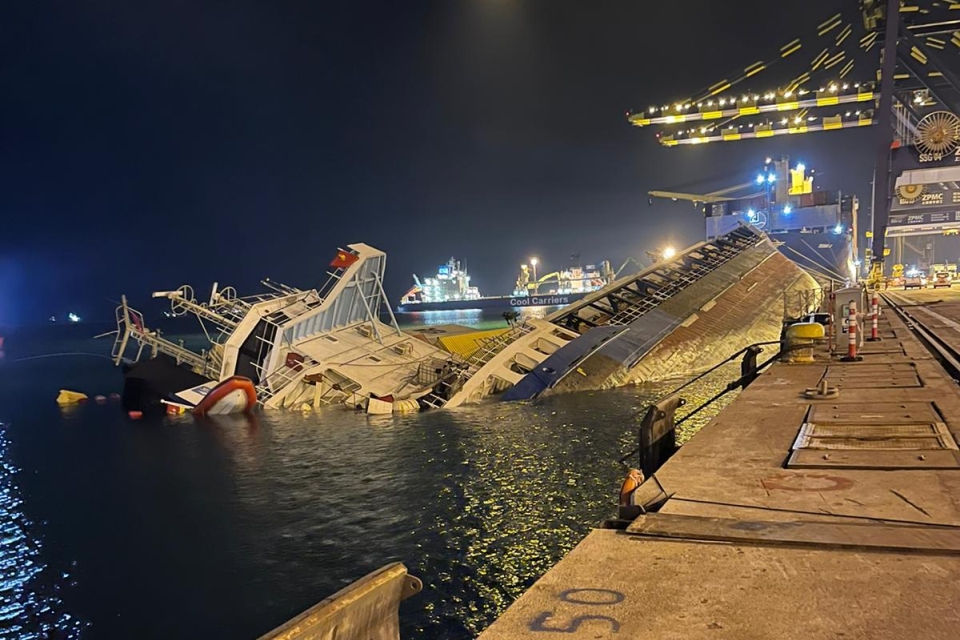 The general cargo vessel Sea Eagle, which was moored in İskenderun Port, started to list to starboard due to imbalance in the cargo weight distribution on 18 September. Efforts to stabilise the ship were unsuccessful and its sinking could not be prevented.

Barriers, booms and absorbent pads were placed at the time of the accident and cleaning was carried out. In addition, the fuel tanks carrying 63.5 tonnes of diesel oil were closed by divers and the oil and fuel leakage was stopped. A technical team appointed by the ship’s insurance company has started to empty the fuel tanks.

In addition, all containers that fell into the sea from the container ship have been salvaged. Watch a video of the ship starting to list as well as two extra pictures below.

Pictures by the Turkish General Directorate of Maritime Affairs.