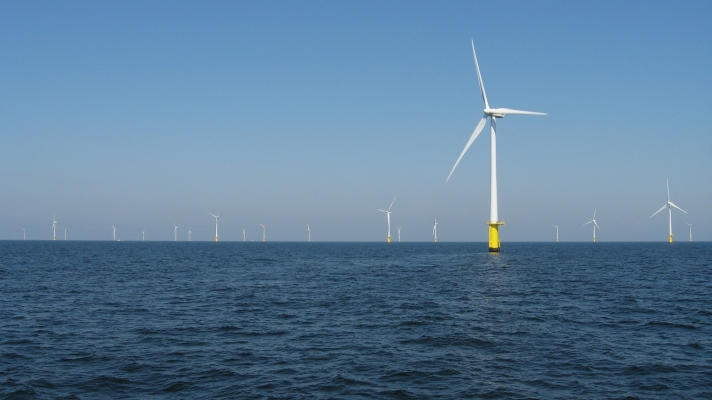 The Dutch government has revealed plans for the further growth of offshore wind energy until 2050. These assume the generation of around 50 GW of wind power capacity by 2040 and aim for around 70 GW by 2050. Besides electricity generation, the government also plans for large-scale hydrogen production in the North Sea.

In order for industry and society in the Netherlands to become sustainable quickly, offshore wind power needs to grow substantially after 2030, hence planning for the maximum of what is thought to be needed. Currently, the government is working towards some 21 GW by 2030, which is about 75 per cent of our country’s current electricity consumption.

On the other hand, large-scale hydrogen production is to allow a large part of industry to switch from gas to green hydrogen.

From 2030, offshore wind farms will be located in more distant areas of the North Sea, hundreds of kilometres from the coast. The government wants to realise large-scale offshore energy hubs in these areas. This means that not all wind farms will have to be connected separately to the onshore electricity grid, but several wind farms can be connected to the energy hub to produce hydrogen at sea as well.

The energy can then be transported to land partly as electricity and partly as hydrogen. This means fewer power cables are needed to bring the energy ashore, saving costs and requiring less space on the coast. The hubs also allow connections to other North Sea countries, contributing to security of supply.

Earlier this week, then nine European North Sea countries, united in the North Seas Energy Cooperation, agreed to jointly build 260 GW of wind power capacity in the North Sea until 2050. It was also agreed in May this year that Denmark, Germany, Belgium and the Netherlands will work closely together in the North Sea. The planned energy hubs of these countries will be interconnected. This will ensure a more robust energy system for all countries.

‘We already made firm plans for 2030 earlier this year,’ says Minister Jetten of Economic Affairs and Climate Policy. ‘Now we are also laying down an ambitious plan to 2050. This gives us room to look further ahead and proceed carefully. 70 GW of power is very ambitious, and over the next few years we will be looking at exactly how many GW are needed. This gives us the opportunity to sustainably electrify a large part of the Netherlands and generate green hydrogen for industry, for instance. We will proceed carefully in this respect, taking into account nature above and below water as well as other interests in the North Sea such as food production, shipping, defence and coastal defence.’