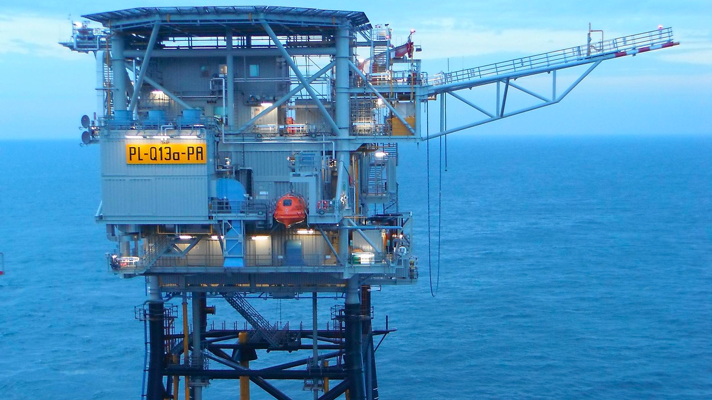 The first offshore green hydrogen project Poshydon has received a 3.6 million euro subsidy from the Netherlands Enterprise Agency. Now that the subsidy has been granted, the pilot project can begin.

The remainder of the amount required for the pilot will be financed by the consortium partners. This was announced by Neptune Energy, the operator of the Q13a-A platform on which the pilot project is taking place. This production platform is the first fully electrified platform on the Dutch North Sea and is located approximately thirteen kilometres off the coast of Scheveningen.

According to a spokesperson for Neptune Energy, the pilot will start immediately. ‘We are now in the engineering phase. After that there will be tests onshore.’ According to the operator, the ‘million dollar question’ is now when the first green hydrogen production will take place offshore. That is not yet known, but the company hopes to be able to give the answer soon.

To make green hydrogen, seawater is converted into demineralised water on the platform. This water is then converted into hydrogen by electrolysis. The electricity required is produced from wind, according to the consortium.

The green hydrogen will be mixed with gas and transported to the coast via the existing gas pipeline. The 1-megawatt electrolyser is expected to produce up to 400 kilos of green hydrogen a day.

‘The Dutch North Sea sector has an exciting future as a “new energy hub” and can play a leading role in large-scale green hydrogen production for north western Europe, given its infrastructure that connects offshore with onshore,’ says Neptune Energy’s Managing Director for the Netherlands, Lex de Groot. ‘The integration of energy systems supports net zero goals in a smart, efficient, and cost-effective manner and without disturbing existing sea ecosystems.’