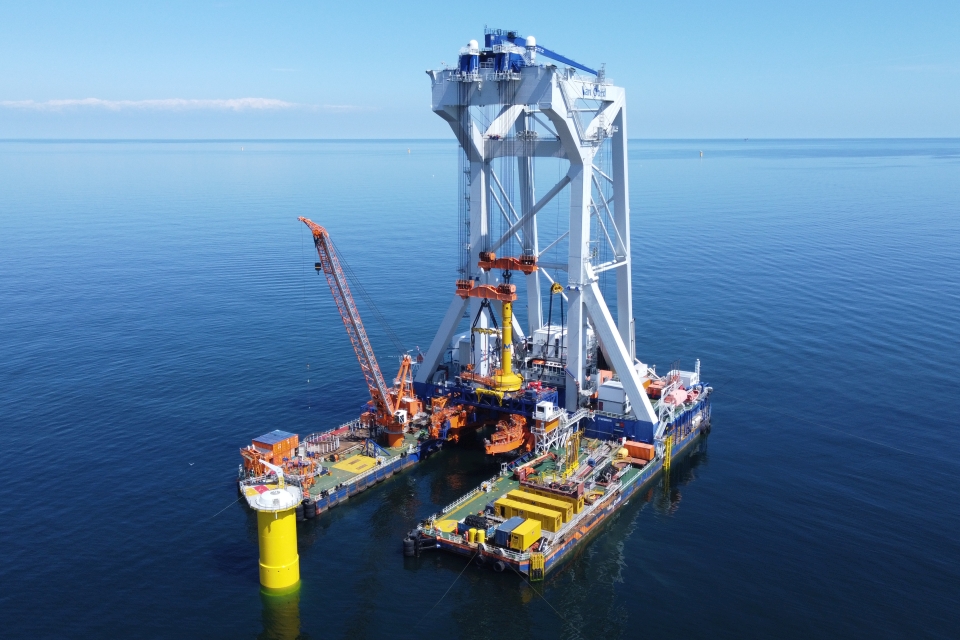 Van Oord has been selected as preferred contractor for the construction of the Baltic Power offshore wind farm, 23 kilometres north of the Polish coastline. Van Oord will transport and install more than seventy foundations, consisting of a monopile fitted with a transition piece.

With a production capacity of up to 1.2 GW, the wind farm is expected to supply renewable energy to more than 1.5 million households in Poland. Construction of the farm is planned to start in 2024 and its commissioning in 2026.

Based on experts’ estimates, the Baltic Sea’s total potential is 85 GW, nearly twice as much as the total electrical capacity currently installed in Poland. The Polish State National Energy Policy (PEP2040) outlines the potential of and assumes the development of offshore wind energy in the area of the Polish Exclusive Economic Zone of the Baltic Sea, with the capacity of aproximately 5.9 GW by 2030 and up to 11 GW by 2040. Baltic Power is one of the most advanced offshore wind projects planned in Poland.

Van Oord will deploy its heavy-lift installation vessel Svanen. The vessel has an extensive track record and installed the vast majority of all monopiles in the Baltic Sea, including those for Baltic 2, Arkona and Kriegers Flak.

Baltic Power is Van Oord’s first offshore wind project in Poland, however, the country is well known to Van Oord due to executed dredging projects, like the recently completed deepening and widening of the Świnoujście–Szczecin fairway in Poland.